Ryan Reynolds has made us giggle again by uploading a dance rehearsal that you cannot miss. 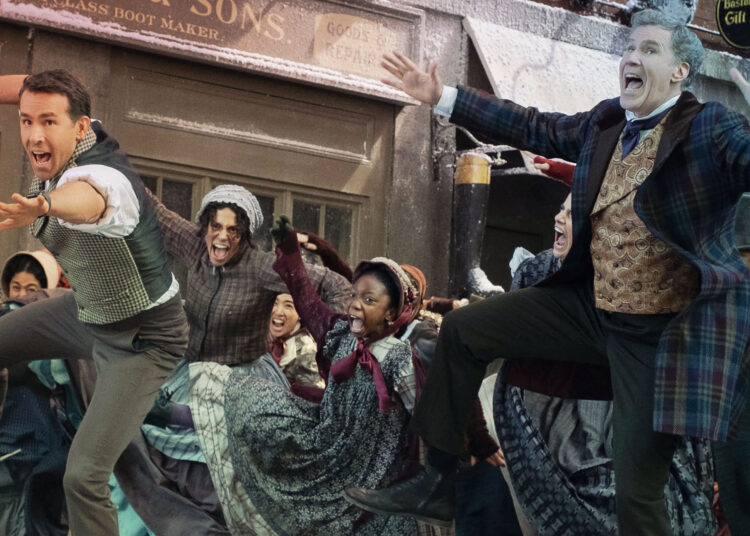 Ryan Reynolds the satirical king of Hollywood is one of the most active celebs on Instagram. His sarcasm and of course acting are what he’s best known for.

Ryan Reynolds is famous for doing experiments in his acting career. He always tries to pick the roles that nobody dares to put their hands on.

Recently, Ryan has done a musical comedy – Spirited. Let’s know more about it.

Spirited is a musical comedy which is made by Apple. Ryan is starring in the movie with none other than Will Ferrel.

And since it is a musical comedy and Ryan is not much into dancing, it is definitely a big experiment for him.

That’s what Ryan has done in the Hollywood industry – experiments, experiments, and experiments. And this time, he’s all in to be the new Michael Jackson in the house.

Recently Ryan Reynolds shared a rehearsal video of him and Will Ferrel learning the moves of their latest musical comedy, Spirited. Ryan is trying really really hard to move his body and learn up to the mark groovy moves. All these hard tries make the clip really funny.

“You’ve got to be willing to be bad at something if you want to be… slightly less bad at it? Here’s Will and I prove that point! We’re so humbled by all the love for #Spirited on @appletvplus”

Ryan says in the caption that he’s willing to be less bad at something which he’s pretty bad at and that is dancing.

Alongside Ryan, there’s Will, who also seems to be in the same condition as Ryan, learning a skill that is outside of his comfy bubble.

When the whole choreography goes as planned, Ryan seems to be the happiest about it. It’s like he has achieved something that he never thought he would be able to.

Blake Lively, Ryan’s wife who’s as sarcastic and humorous as Ryan commented the following under this post,

“Can you get pregnant while pregnant??”

Blake is definitely falling for Ryan again after seeing his quirky dance moves.

‘Spirited’ starring Ryan Reynolds and Will Ferrell was released on 18th November. It is the perfect festival treat that Apple studios can give us. Watch Spirited in cinemas near you.