Jamie posts a motion picture of her and her boyfriend Goo Min Cheol. 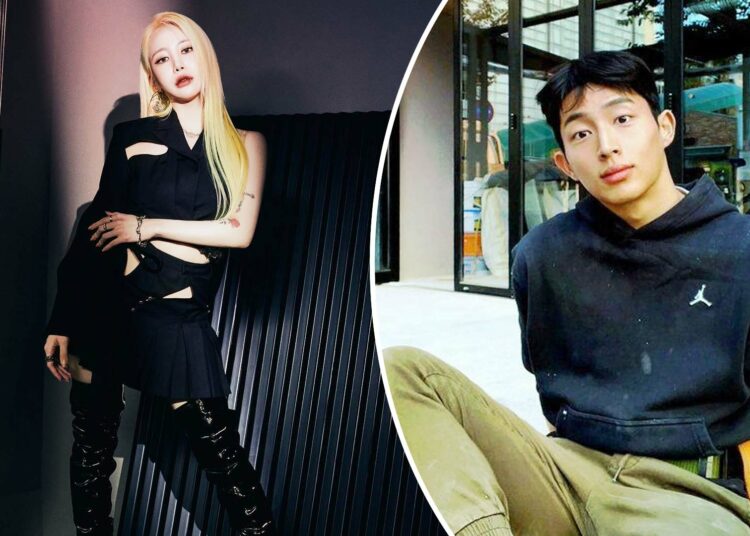 The South Korean singer, songwriter, and television host Park Ji-min aka Jamie have posted a motion photo with his boyfriend Goo Min Cheol. She is best known for being the winner of K-pop Star’s inaugural season and for having been a part of the vocal duo 15& and the project group M.O.L.A.

On November 20, Jamie posted a cute collage of motion pictures on her Instagram. Both Jamie and Goo Min Cheol looked cute together in the uploaded post.

She posted the pictures along with a caption, “Let’s be happy.” The singer posted four motion pictures as a combination and her fans went bananas over their cute pictures. Jamie and Goo Min Cheol displayed their passion for one another by giving each other firm hugs in the four black-and-white motion pictures.

Particularly, in one of the motion pictures, the two made it clear that they are dating by sharing a kiss. Even Jamie’s agency Warner Music Korea confirmed the news by announcing it on November 21.

Here you can check out the post by Jamie Announcing Dating Goo Min Cheol.

The company said, “We have confirmed that Jamie is currently in a relationship with Goo Min Cheol. We would be grateful if you showed them, love.”

Jamie’s fans showered tons of love on their pictures which she posted on her Instagram. Some of the comments include, “I’m so happy you found someone you’re happy with Jamieee. I wish you the best only!!”, “OMG, I don’t even know what to say.

I’m too happy for you my dear,” “GOOD FOR YOU MY QUEEN… YOU LOOK SO BEAUTIFUL AND HAPPY…. I don’t know him but it’s good for her. I hope they’re happy together and I’m glad they don’t have to hide their relationship.”

Besides being a singer Jamie is also a philanthropist. Park gave Hanbit Performing Arts Company 50 million won (about $45,000 USD) in October 2012 in support of blind musicians.

In addition to this, she also donated 50 million won (~$45,000 USD) to World Vision. Park and vocalist Eric Nam worked together on their song “Dream,” which was created by Sweetune, on May 28, 2015. They stated that all profits made from the song would be given to a charity.