Kendall Jenner Wants to Keep Her Friendship With Devin Booker After Breakup!

Kendall Jenner has no hate fro the basketball player and her ex boyfriend Devin Booker and that's why she will keep her friendship with him! 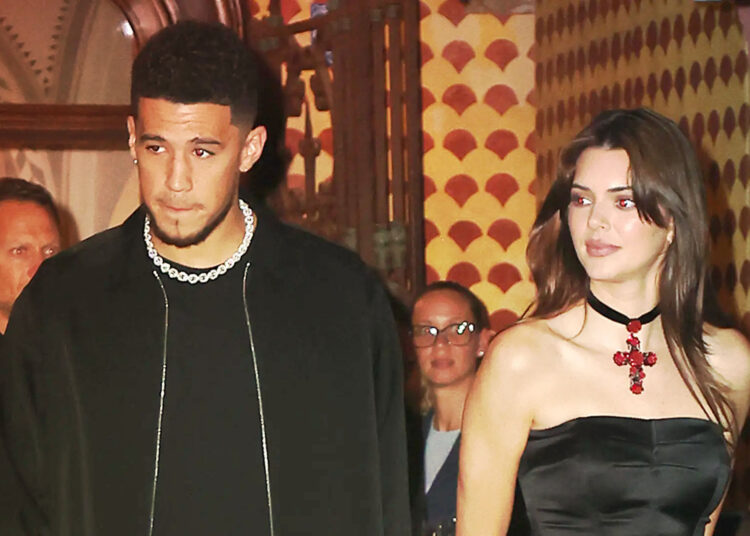 Kendall Jenner Revealed in a recent interview, she does not have any problem being friends with her ex Boyfriend Devin Booker.

It is now common for celebrities to be together or have a great friendship after getting separated from each other. The love they have shared in their relationship has changed into respect and friendship if they try to take a step backward.

Whether it is related to a breakup caused by some personal issues or professional, things have changed suddenly between many celebrities in the past few days. Among them is the model Kendall Jenner who got separated from her 2-year-long boyfriend Devin but here is how she wants to keep things with him related to the friendship.

The 27-year-old model Kendall Jenner is no more in a relationship with Devin Booker who is 26 years old. The couple was on a roller coaster ride in their relationship in the last 2 years and finally separated. But at the same time model wants to keep everything friendly with the player.

Here Is Why Kendall Jenner Does not want to lose Friendship with Devin Booker.

The couple has experienced many ups and downs in their relationship and nobody was surprised when they heard of their separation.

According to the source: “Kendall has no issue maintaining a friendship with Devin, but she doesn’t see any possibility of reconciliation. She feels like that ship has sailed and is looking forward to enjoying the single life for a while now.”

The source has also revealed that the reason behind their separation is almost the same as it was a few months ago. News related to the separation also got emerged months ago as Deven Booker is not taking things seriously are looking for a future with the model. Kendall Jenner wants to have kids in a few years but when it comes to the player then he is not so serious about it.

These issues came in front last time and the couple got separated however, Booker has made sure to take this relationship according to the needs of the future. According to the source, the player wants to put his career before his current relationships and that’s why the priority is in both parties are different. It was said:

“Factors such as Devin wanting to put his career before relationship priorities while Kendall is looking for something more serious than what Devin can offer at this point.”

Coming to the current scenario then Kendall Jenner wants to be friends with him and support him like she always did. She is handling this break-up with good spirits as she has many good support systems in her life. From family to friends, everyone is looking after the model.

According to many sources, this break-up came after the pair recently got together. The busy schedule they have carried according to their career has changed their priority. However, the love and respect they have for each other remained the same.

Coming to their relationship then Kendall Jenner has always kept her relationship very private until the time she went official on Instagram by uploading a picture of them.

They started dating in 2020. The model has also talked about her relationship in many talk shows where she talked about that how she watches the game with friends and family.