In this recreation of a popular turn-based strategy classic, take on the role of a mighty wizard, wield strong spells, command fantasy races, and fight your rivals in Mater of Magic. 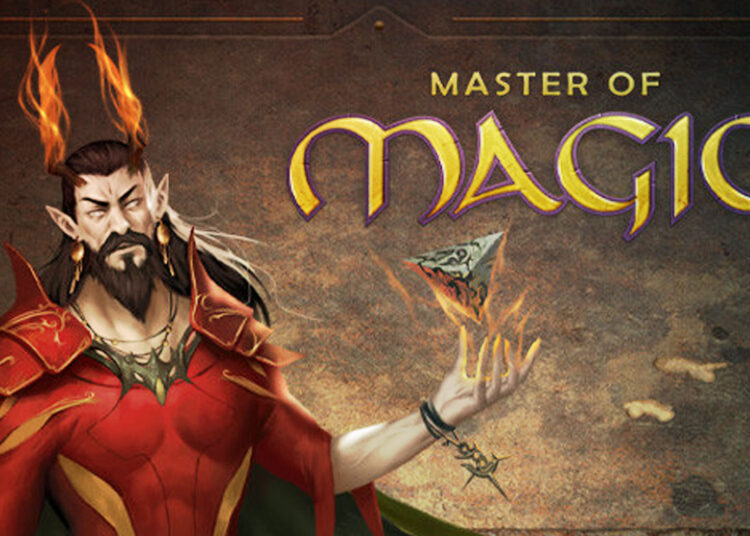 Master of Magic Classic is a timeless strategy game popular in the 1990s. It is a 4X fantasy strategy game in which you command your armies and defeat your magical opponents as a mighty wizard.

After more than 25 years, the game finally receives its first official update, which includes vastly upgraded AI and over 200 spells. So dive back in time to experience this epic quest and defeat Arcanus and Myrror.

Release date of Master of Magic on PC

The Master of Magic relaunch is expected to be released just before the end of 2022. Master Of Magic will be released on Steam and GOG on the 13th of December, 2022.

Story of Master of Magic

The Master of Magic remake takes place in Arcanus and Myrror, where players may traverse to meet and combat a variety of mythical races. The former is similar to our world in specific ways, while the latter is more reliant on magical components. They are linked via portals so you can visit both during your playthrough.

As in previous 4X strategy games, you create your own story by conquering villages, fighting wars, engaging in diplomacy, researching spells, and finally claiming triumph or losing to your opponents. If you’re searching for a story-driven experience, look elsewhere.

Master of Magic is a recreation of a 1990s classic that combines an RPG and a strategy game.

In Master of Magic, you play as one of 14 distinct and distinctive great wizards competing to rule the planets of Arcanus and Myrror. Choose from various magical schools and fantastical races to command, lead your minions, and spread your influence and power over the nation.

Each has its unique personality, represented in gameplay, and several mystical lores in which they specialize. Instead of selecting one of the pre-made characters, you’ll be able to play as a personalized wizard, allocating points to traits and magic.

Following that, you choose one of nine playable races, which define whose units you control at the start of the game, and go on your road of conquest. First, recruit and lead armies of elves, dragons, dwarves, orcs, and other creatures. Strong spells can help them. Then, fight strategic turn-based battles and use your magic to influence the result.

Learn new spells, practice alchemy, execute rituals, and utilize your arcane skills to alter the world around you. Spells are an essential part of the action in the Master of Magic reboot, and you’ll use and experience the impacts of over 200 of them as you play.

Initially, your pool will be less impressive. However, as the game progresses, you can study new spells to add to your spellbook. Once unlocked, you can use them in battle and on the world map.

Eliminating other wizards is one way to win, but researching and casting one powerful spell is another way to become a Master of Magic. In addition, the title’s terrain is divided into hexes rather than squares in the original because “they made more sense in terms of gameplay,” according to the relaunch.