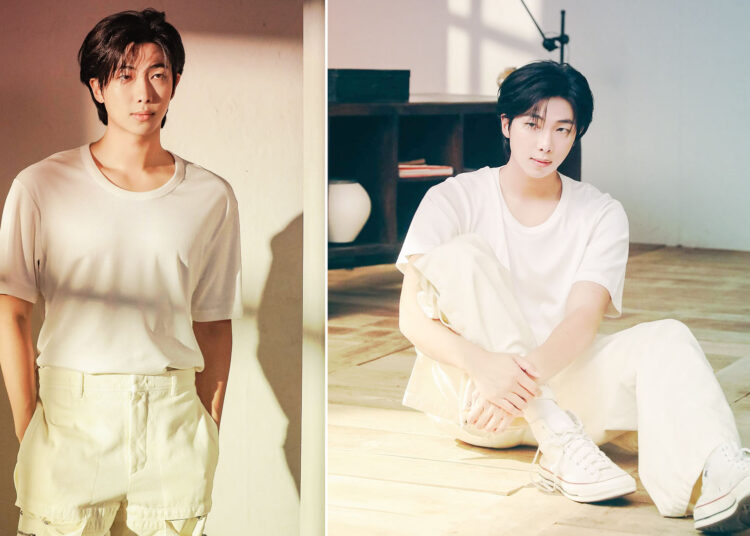 RM is the leader of the South Korean boy band BTS. It is one of the world-famous bands. He is a rapper, singer-songwriter, and also record producer. Kim Nam Joon aka RM is going to release his solo album “Indigo” next month.

RM has released some teaser images ahead of the release of the song for the album “Indigo.” On November 24, BTS’s agency BigHit Entertainment through their Instagram page released the teaser images of the album.

RM also posted those teaser images on his Instagram wall. The perfection of teaser images has raised the temperature among the ARMY. The fans are eagerly waiting for the album to be released.

RM is calm and dapper while wearing a denim ensemble, a white t-shirt, and trousers. He looked extraordinarily handsome in the pictures and the expressions on his face are just perfect. The anticipation of the fans can be seen in the comment section of the post.

Here you can check out some posts of BTS RM.

Apart from the teaser images, RM has also posted an ‘identity film’ related to the album. The video begins with the silhouette of a swaying flower against the sound of the raw wind, much like an artwork visual cinema, and then quickly cuts to blue-toned visuals.

Following the appearance of sentences like “Documentation of my youth in the moment of independent phase” and “the last archive of my twenties,” the visual identity of “Indigo” briefly reappears and vanishes as if smeared with ink, and the film then comes to an end. It was a mesmerizing short identity film with soothing and calm music.

In 2015, RM released ‘RM’, his debut mixtape. His second mixtape, Mono, which was released in 2018, debuted at number 26 on the US Billboard 200 and became the highest-charting album by a Korean soloist in chart history.