BTS's RM will be one of the main MC of the upcoming tvN's show 'The Dictionary of Useless Human Knowledge.' 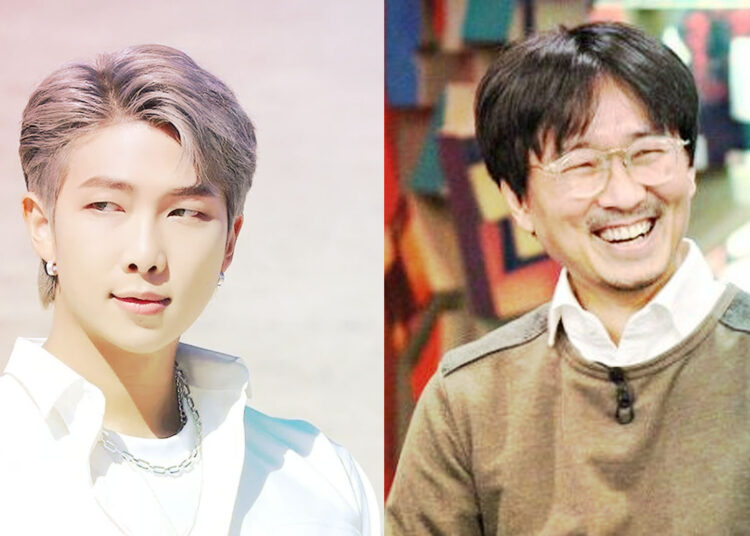 The South Korean screenwriter, film, and television director Jang Hang Joon and BTS’s RM are confirmed to be the main MC of the upcoming TVN program ‘The Dictionary Of Useless Human Knowledge.’

In the show, an individual will be able to explore oneself more and open up new pages of humanity for the audience. “The Dictionary Of Useless Human Knowledge” is going to reveal the stories of many people in various industries, ranging from those of intriguing characters who alternate between fantasy and reality to those of regular folks who are just trying to make their way through life.

People from a variety of disciplines, including literature, physics, forensics, and astronomy, who are not only knowledgeable but also sharp will be a part of the show, they will share their immense knowledge with the spectators.

This time the program is meant to attract a large number of viewers as BTS’s RM is going to host the show.

According to the announcement made on behalf of the production team of the show RM will be one of the MCs of the show. The fans are eagerly waiting for the show to start. Besides RM and director Jang Hang Joon, there will also be other personalities who will be a part of the show.

Different experts from different fields will also be part of the show as panelists. Some of them include novelist Kim Young Ha, forensic scientist Lee Ho, physicist Kim Sang Wook, and astronomer Shim Chae Kyung.

The leader of one of the most famous South Korean boy bands BTS, RM is a rapper, record producer, and singer-songwriter. In 2015, RM released RM, his debut mixtape.

His second mixtape, Mono, which was released in 2018, debuted at number 26 on the US Billboard 200 and became the highest-charting album by a Korean soloist in chart history.