Pete Davidson got rejected by his then girlfriend Kim Kardashian in Met Gala 2021, before a month of their dating! 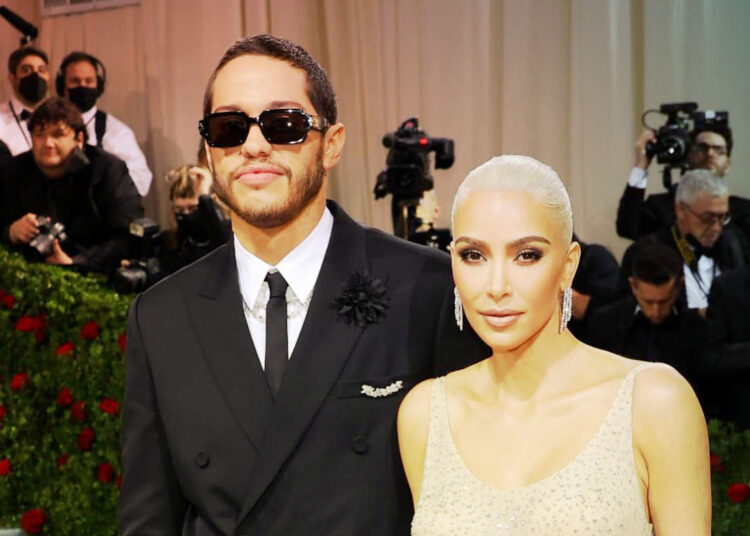 Currently, there are rumors that Pete Davidson and Emily Ratajkowski are dating, however, Pete recalls when he was rejected by Kim Kardashian, even before they started dating.

It becomes very obvious for celebrities to open up about their love life as well as their career choice. Sometimes it is related to being as private as they want while other times they try to be open in front of fans and media.

However, these things do come in the news where the love life of celebrities always gets the headlines. Whether it is related to the love they have shared in the past or the current relationship.

Coming to such thing then it was recently when Pete Davidson recalled of time when Kim Kardashian rejected him at the Met Gala, 1 month before they started to date.

Everyone is aware of 9 months relationship between Kim Kardashian and Pete Davidson. But no one is aware that weeks before they have met, a rejection has already been done.

It was the week before Kim Kardashian hosted Saturday Night Live and met Davidson who was going to be her future boyfriend. Weeks before the reality star has already denied the advance taken by the comedian when they both attended the Met Gala of 2021.

Here is What Pete Davidson said about being Rejected By Kim Kardashian.

The couple discussed these situations while they were getting ready for the next Met Gala which is Met Gala 2022. These all things what revealed on the latest episode of their reality show called The Kardashian, released on 17 November 2022.

Things opened when the couple was preparing for the red carpet look and Pete Davidson recalled their previous encounter that happened at the 2021 Met Gala. He talked about the time when he asked for her number at the 2021 event and Kim Kardashian pretended not to give the number because she was wearing gloves.

Kim Kardashian felt bad when she was rejecting Davidson at the event. And that’s why she said him to ask for the number again as she has no gloves. Later in the episode, she opened up about how crazy it would be to go to the dinner of the White House Correspondent.

Before that, Kim Kardashian also opened up about her controversial Marilyn Monroe dress which was said to be ripped out. But in reality, she has worn the original dress for just 10 minutes on the red carpet and then, later on, changed it to a replica one. Kim Kardashian was very afraid of the dress getting any scratches or oil on it.

That’s the reason why should decided not to wear the dress in the car but almost a few minutes before the red carpet event. She doesn’t want to ruin things as she has prepared a lot of things, including her diet and changing the color of her hair.

Kim Kardashian and Pete Davidson started dating in October 2021 but the relationship ended very soon before even completing a year. The couple has no hate for each other but Kim Kardashian has opened up about how she felt about being loved again by Davidson.