The South Korean girl group Mamamoo is all set to proceed their 2023 Asia Tour. 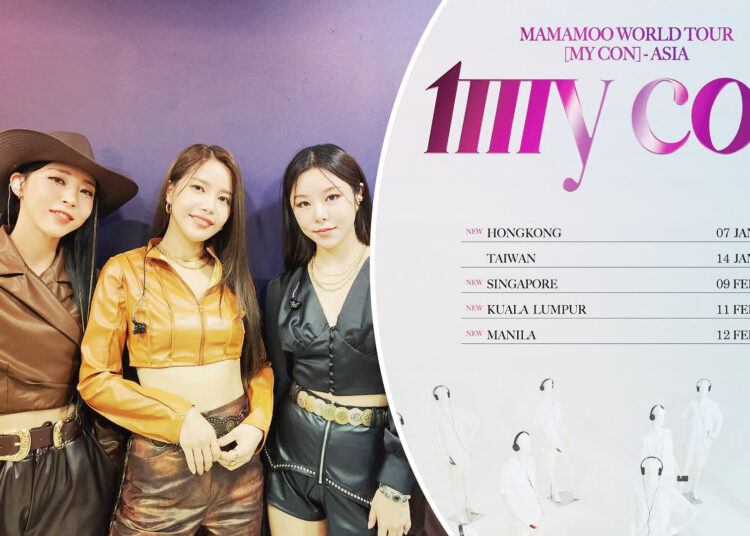 Mamamoo is a South Korean girl group that has 4 members in it Solar, Moonbyul, Wheein, and Hwasa. The group made its debut on June 18, 2014, with their single “Mr. Ambiguous.” The group is going to hold its Asia Tour next year.

Here you can check out the Post of MAMAMOO announcing their 2023 Asia Tour Schedule.

Mamamoo is well known for its retro, jazz, and R&B concepts as well as its powerful vocal performances. By some critics, the girl group’s debut was considered one of the best k-pop debuts of 2014.

The term “Mamamoo” for the group represents a baby’s first chatter. Additionally, it means to approach in a primitive and instinctual manner, much like a baby. The group collaborated with several artists before their debut.

On January 8, 2014, their first collaboration with Bumkey, “Don’t Be Happy,” was made available. On February 11, 2014, K. Will and Wheesung released “Peppermint Chocolate,” their second joint project. In its first week, “Peppermint Chocolate” debuted at number 11 on the Gaon Digital Chart.

On the M Countdown broadcast from June 19, the group made their debut live. Mamamoo’s debut original soundtrack entry, “Love Lane,” for the Korean drama Marriage, Not Dating was published in July 2014.

According to Gaon’s year-end rankings, Mamamoo had the tenth-highest digital sales among idol girl groups by the end of 2014, 19th-best album sales, and eleventh-best overall sales.