Netflix is all set to premiere its baking show's Holiday Special with the star cast of It's a Sin. 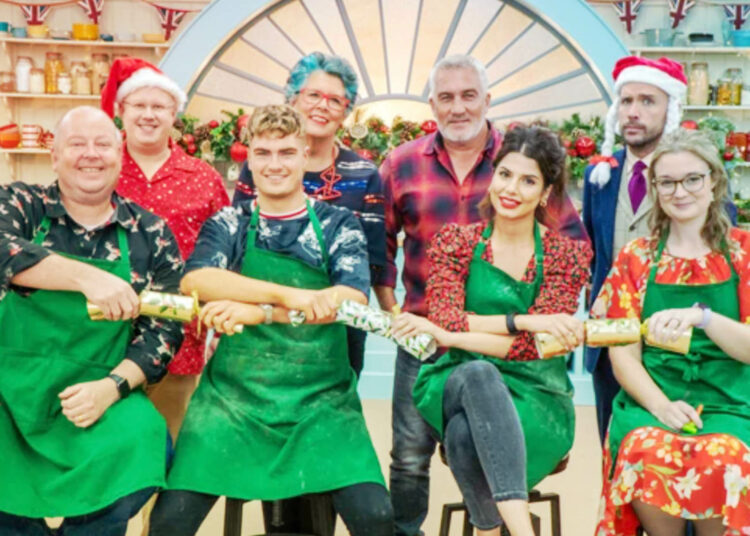 The most adorable competition of all time, The Great British Baking Show is coming back again on Netflix with its holiday special episodes of season 5. What is it about? How many cheerful vibes can you expect? Let us find out.

The Great British Baking Show Holidays Season 5, which is the holiday special, will have special guests who will come to the kitchen and bake yummy (or maybe disastrous) delicacies. Who are these celebrities? Let’s check it out.

Here is the List of all the Chefs of The Great British Baking Show Holidays Season 5.

Olly Alexander is a British 32-year-old who was born in Harrogate, North Yorkshire, England. He is best known for his singing and acting career. He is the lead singer of “Years and Years”, a band created by him only.

His character, Ritchie Tozer in the Channel 4 drama series, “It’s a Sin” made him stand out. Olly’s performance in “It’s a sin” was nominated for BAFTA TV Award and Critics Choice Award.

Lydia was also a part of the Channel 4 drama series, “It’s a Sin”, as Jill Baxter. Her performance in “Years and Years” led her to a BAFTA TV Awards nomination and another one for the Broadcasting Press Guild Award.

Shaun Dooley is a 48-year-old English actor, voice-over artist, and narrator. He was born in Barnsley, South Yorkshire, England. Shaun is well known for his role in “Misfits.”

Shaun too is a part of “It’s a Sin” in which he plays Clive Tozer. In the series, Clive is Ritchie’s father, the role played by Olly Alexander. Shaun Dooley’s role in “The Mark of Cain” led him to win the Best Actor award in the RTS Northwest Awards.

Nathaniel Curtis is a 31-year-old British television and theater actor. Nathaniel was also a part of the Channel 4 drama series, “It’s a Sin.” He played the role of Ash Mukherjee in the series. One of his first roles was as Romeo in Fuller’s Brewery Shakespeare’s, “Romeo and Juliet.”

The Great British Baking Show: Holidays Season 5 is coming out on Netflix on November 18. Get ready to enjoy the festive season vibe with the “It’s a Sin” star cast while they try to bake something good for the judges.