With her mother and sister, Kylie Jenner maintained the look of black sheer in Baby2Baby Gala! 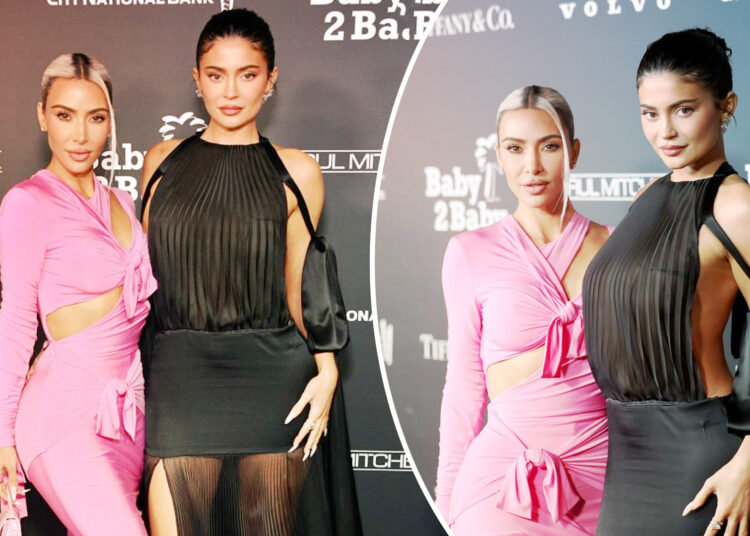 Recently Kylie Jenner and Kim Kardashian were spotted together at Baby2Baby Gala. A lot of red carpets are happening nowadays and celebrities are giving almost everything to their look.

From strange fashion to one of the most trendy fashions, we have seen almost everything on the body of these celebrities. While some have started their trend and looked incredible as hell.

Something like this happened recently when a lot of celebrities appeared at the Baby2Baby Gala. And among them is the famous Kylie Jenner who looks amazing in a backless gown with her sister Kim Kardashian.

The event happened in Los Angeles where Kylie Jenner appeared with her sister Kim Kardashian. Coming here look then she was wearing a black backless gown with high slides. The cut-out from a side angle with a sheer bottom was looking incredible on her.

Coming to the makeup then it was appropriate according to the dress and her overall look. Her hair was tied up in a bun and she appeared in black high heels. This epic look of Kylie Jenner has not stopped till here as she has accessorized herself and silver earrings.

The lipstick with dark eyeshadow was also to the point and when it comes to the nails then she posed confidently on the red carpet.

Here you can check out some pictures of Kim Kardashian and Kylie Jenner at the Baby2Baby Gala.

The appearance of Kylie Jenner got the support of Kim Kardashian who was also looking beautiful as ever in her pink gown. Both sisters have made a positive vibe.

Coming to the look of Kim Kardashian then she was looking incredible as ever in her long sleeve pink gown that has some cuts. To match this pink gown, Kim Kardashian came up with pink heels and blonde hair. She was also carrying the matching tiny purse in her hand.

This appearance of Kylie Jenner came after she appeared for the CFDA award. Kylie Jenner has shared behind-the-scenes pictures on her Instagram in which she was looking incredibly beautiful in a nude bra. The reality star was seen surrounded by her makeup team who are trying to make her look her best.

Coming to her look for that event then she has also opted for a black gown in sheer. Her hair was tied and her bun and her make-up were also to the point. Giving back-to-back appearances at many events, Kylie Jenner is giving treats to her fans.