The song "Boy With Love" is part of their sixth extended play Map of the Soul: Persona. The song was released on April 12, 2019. 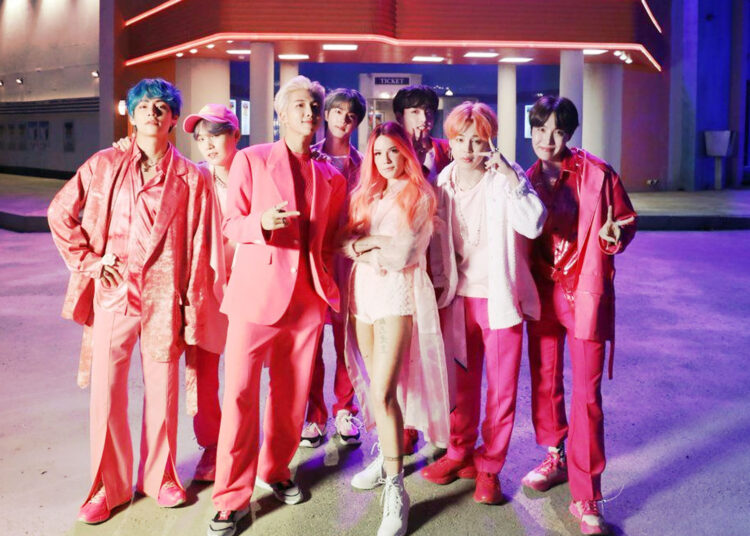 The Bangtan Boys, famously known as BTS, accomplished another achievement to their name. BTS consists of seven members, V, RM, Jin, Jimin, J-Hope, Jungkook, and Suga, out of which RM is the leader of the group. The group has kept on achieving numerous records to their name.

BTS made another history with their music album. The music video for BTS’s 2019 hit “Boy With Luv” (featuring Halsey) exceeded 1.6 billion views on YouTube on November 5 at about 6:35 p.m. KST. It was the first Korean boy group music video to ever accomplish such a feat.

PSY’s “Gangnam Style,” BLACKPINK‘s “DDU-DU DDU-DU,” and BLACKPINK’s “Kill This Love” are the only other Korean music videos that have accomplished this feat on YouTube to date.

Here you can find out more about the BTS song Boy With Luv.

The song “Boy With Love” is part of their sixth extended play Map of the Soul: Persona. The song was released on April 12, 2019. The song’s music video attracted over 74.6 million views on its first day of release, making it the most-watched internet music video in 24 hours at the time.

In June, the RIAA granted the song a Platinum certification. The song’s Japanese translation was made available as a double A-side single on July 3, 2019, through Universal Music Japan, together with the original Japanese song “Lights.”

On April 26, BigHit released a second version of the music video, titled “ARMY With Luv”, dedicated to the band’s fandom, ARMY.18 The video featured footage of the band not seen in the original version and more moments with Halsey.

Originally a hip-hop group, they have since expanded their musical style to include a variety of genres. Their lyrics often talk about mental health, adolescence’s challenges, loss, the path to self-love, and individualism.

Additionally, their work typically makes parallels to literary, philosophical, and psychological ideas and has an alternate universe plot.

They were voted the International Federation of the Phonographic Industry’s (IFPI) Global Recording Artist of the Year for both 2020 and 2021. They are the first non-English speaking and Asian artist to play sold-out concerts in Wembley Stadium and the Rose Bowl (Love Yourself World Tour in 2019).