Star Brand Reputation Rankings for the Month of December. 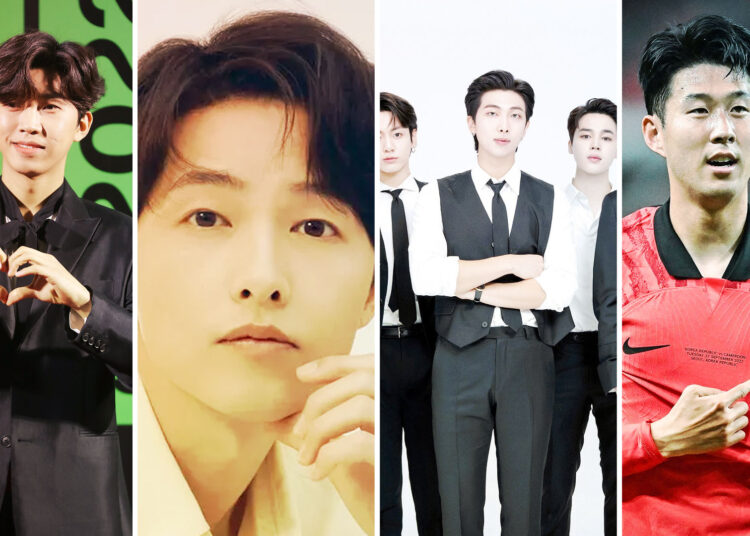 The star brand reputation ranking for the month of December 2022 has been announced by the Korean Business Research Institute.

Star Brand Reputation Rankings for the Month of December Top 5.

With a brand reputation index of 16,286,284 Soccer star Son Heung Min took up the first place in the list of Star brand reputation ranking of December. There was an increase of 153.11 percent in his score from the month of October in which the rankings were last announced.

The list of the top 30 of the brand reputation rankings of stars is given below:

Son Heung Min, the South Korean professional football player captains the South Korean national team in addition to playing forward for Premier League Club Tottenham Hotspur. BTS is the most famous South Korean boy band all over the world. It has a total of seven members which include V, RM Jungkook, Jimin, Jin, Suga, and J-Hope.