Wednesday, a new Netflix series, is anticipated to debut on the service in the latter half of 2022. 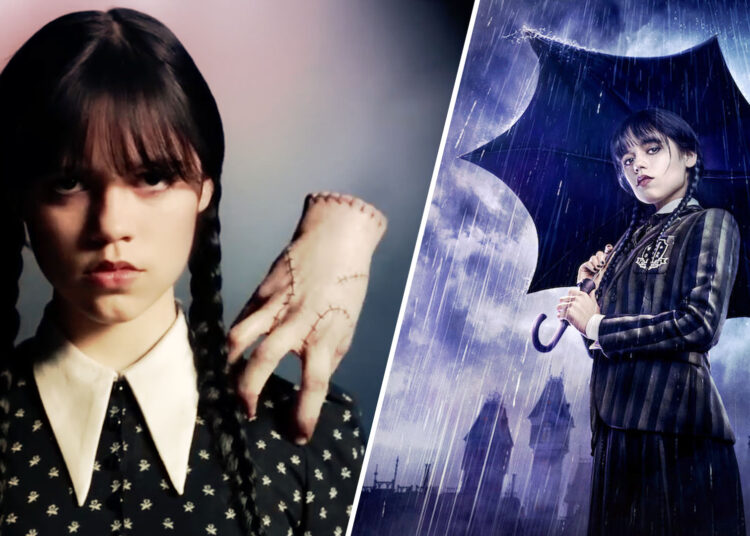 Wednesday, a new Netflix series, is anticipated to debut on Netflix in the latter half of 2022. Netflix came out on top in the competition to acquire the global distribution rights for the show, defeating all of its other potential distributors to claim victory.

The show is based on the well-known character Wednesday Addams, who appeared in the Addams Family television series. Tim Burton, a renowned director, is in charge of the show’s direction.

The show’s creators are Miles Millar and Al Gough. The production company behind the creation of Wednesday is already known to be MGM TV, and Burton will serve as both an executive producer and director. Gail Berman, Andrew Mittman, and Jon Glickman all served as co-producers on the Original with Burton.

The Addams Family has amassed a sizable fan base throughout the world and has been the subject of numerous movies and television shows over the years. Having said that, keep reading to learn more information about the impending Netflix series, including the premiere date, cast, storyline, and all other pertinent information.

Release Date Of The Series Wednesday

Wednesday will make its debut on Netflix on November 23rd, 2022, as per the announcement made by the show’s makers. The first season of the series Wednesday will have a total of eight episodes, and it has already been confirmed by the creators.

Each episode has a 60-minute runtime. The project’s shooting started in Romania in September 2021. The production lasted throughout the Fall and Winter, coming to a close on February 10th, 2022, after having taken place all through both seasons.

Major Cast And Characters In The Series

This forthcoming Wednesday series will feature a number of prominent cast members and characters. The list includes

1. Jenna Ortega will portray the role of Wednesday Addams

2. Luis Guzman will portray the role of Gomez Addams

3. Catherine Zeta-Jones will portray the role of Morticia Addams

4. Riki Lindhome will portray the role of Dr. Valerie Kinbott

5. Jamie McShane will portray the role of Sheriff Donovan Galpin

6. Hunter Doohan will portray the role of Tyler Galpin

7. Georgie Farmer will portray the role of Ajax Petropolus

8. Moosa Mostafa will portray the role of Eugene Otinger

9. Emma Myers will portray the role of Enid Sinclair

10. Naomi J. Ogawa will portray the role of Yoko Tanaka

11. Joy Sunday will portray the role of Bianca Barclay

12. Percy Hynes White will portray the role of Xavier Thorpe

13. Gwendoline Christie will portray the role of Larissa Weems

The titular character’s days as a student at the Nevermore Academy in the town of Jericho, where she has friends and foes both, are explored in depth in the Netflix original series Wednesday.

“Wednesday” is a young adult TV series based on the Charles Addams character that is billed as an investigative, supernaturally laced mystery that follows Wednesday Addams’ years as a student at Nevermore Academy.

She must manage brand-new, complicated relationships, master her developing psychic gift, and stop a horrific murdering spree that has scared the neighborhood school. As if that weren’t enough, Wednesday also had to solve the paranormal case that her parents were involved in 25 years ago.

Wednesday: Is It A Limited Series?

It’s currently unknown if Wednesday will only be available on Netflix for one season. We have no doubts that Wednesday will be a huge hit with viewers and that it will rank among the most watched Netflix Originals since Stranger Things, The Umbrella Academy, and The Witcher.

Tim Burton, who is in charge of the program as showrunner, director, and executive producer, will probably have a big say in whether or not it gets a second season.

A fresh new clip from Wednesday, featuring the Addams daughter’s new school, Nevermore Academy, has been made available on Netflix. The school’s stated aim is to “assist each student in mastering their particular strengths.”

In the upcoming series, we’ll watch as Wednesday Addams enrolls in the school that her parents attended so that she can hone her psychic skills.

According to the new video, she will be seen participating in extracurricular activities such as “painting to archery,” amongst other things. The video also introduces us to a number of kids who would undoubtedly feel alone in the real world and who we will undoubtedly see interacting with our reclusive main character.

In addition, viewers are encouraged to submit their applications to attend the eerie school by watching the clip. You can view the teaser trailer by clicking on the following link: