Adam Levine Is Grateful To Wife Behati Prinsloo For Not Leaving Him Amid Cheating Scandals!

Adam Levine is very thankful to Behati as she decided to be in marriage and live with him after all allegations! 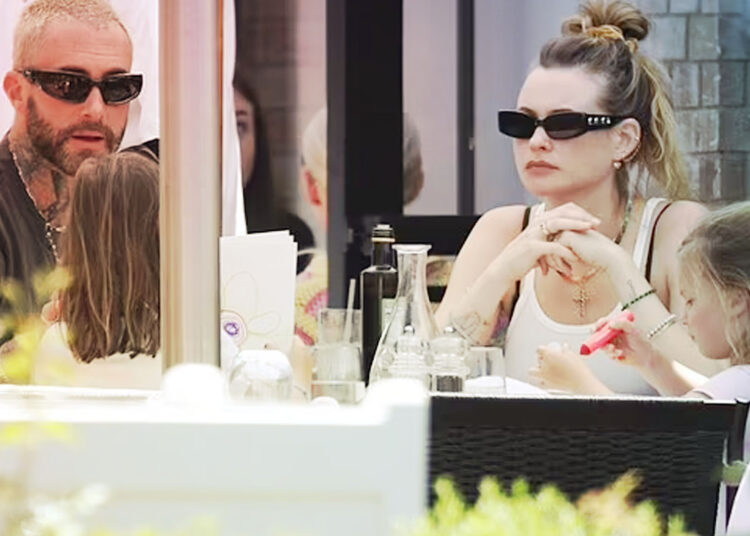 Adam Levine and Behati Prinsloo are pregnant with their 3rd kid, and Adam Levine revealed how he is grateful to his wife as she is helping him through highs and lows around the corner.

It is very hard for a lot of people to move on from a relationship that has caused a lot of trouble. But if they have chosen to be in that then nothing could be better than supporting each other in all their ways.

Something like this happens with a lot of celebrities in Hollywood recently who have followed some of the scandals that have almost changed their life. Among them is the singer Adam Levine who is very thankful for his wife, Behati Prinsloo who decided not to end the marriage.

Here is What Adam Levine shared about his wife Behati Prinsloo.

The 43-year-old singer Adam Levine is very grateful for his wife Behati Prinsloo who has decided to live in this marriage instead of having all the flirting scandal surrounding him. It was recently when Adam Levine said he has never flirted with anyone besides his wife and that’s what his wife believed in. Adam Levine is very thankful for her that she has not run away from him because of these scandals.

Also Read: Khloe Kardashian Opened Up About Difficult Time While Having Her 2nd Baby!

Adam is doing almost everything to make sure his wife is comfortable in the current scenario. He has to make a double effort in the relationship because his wife is pregnant and second thing, he is surrounded by allegations.

And that is the reason why Adam Levine doesn’t want his wife to feel any pressure or depression due to these circumstances. According to the source:

“Adam knows how close he came to losing everything and he is so incredibly thankful that she has not run away from him over this. He loves Behati and his kids so much and he has been a nervous wreck these past couple of days because the thought of losing his family is unbearable to him. He just wants this to all be behind them.”

Their relationship is going well and it can be seen through a lot of outings that they have shown after the scandal. Coming to the allegations then it was not made by just one woman but by many women. Some of them have come forward and shared the message which was sent by Adam Levine.

Among them was Sumner who came forward and not just showed the messages but also the video. She even claimed to be in a relationship with Adam and ended the relationship in 2021. Adam Levine has even messaged her to name the baby after her if it is going to be a girl.

Due to all these reasons, the singer also became a victim of many memes that are spread all over the internet. Some have even made fun of not just him but also the song and the lyrics he has written.