Having collaboration with Dolce and Gabbana, Kim Kardashian was seen in a sparkling dress while attending the party! 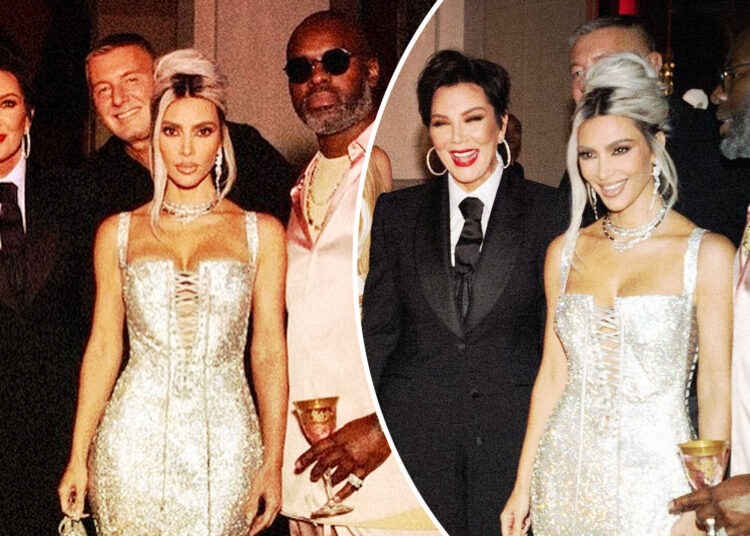 Kim Kardashian was spotted at Dolce & Gabbana party in a sparkling dress, I bet you won’t be able to move your eyes from her.

It is never going to get out of date when it comes to the fashion one carries with oneself. Even if it is related to the style they have always carried from the very beginning or had just adopted a new one, everything goes the same if it was around the celebrities of Hollywood.

Talking about such things then we should definitely not forget those celebrities who always gain headlines due to their fashion and the dress they wear. Among them is Kim Kardashian who was recently seen in a silver dress with mother Kris Jenner.

Kim Kardashian was recently seen in Milan Fashion Week as she carried her look in Dolce and Gabbana. It is going to be a collaboration between Kim Kardashian and the fashion brand and that is the reason why she was seen at the after-party. She was seen on 24th September 2022 in the dress that got the attention of the media while she was carrying a crystal bag and silver necklace.

Here you can check out some recent posts of Kim Kardashian.

Coming to her hair then her blonde hair was giving more flavor to her silver look as it was tied in a bun. Her silver earring was also to the point and that is the reason why she has become the real star sparkling in the sky.

Coming to her mother Kris Jenner then she was wearing a black long blazer with loose pants. She was also wearing a white shirt and big round earrings with to-the-point makeup.

Also Read: Kim Kardashian Is Thankful To Pete Davidson As She Can Believe In Love Again!

The mother was seen in black shoes while carrying a black purse in her hand. She was also wearing black gloves that was matching her whole look. It was just a few days ago when Kim Kardashian was again seen in Dolce and Gabbana.

It was just a few days ago when Kim Kardashian was seen in and black and white video while she was sitting in the backseat of a car. She was looking more like Marilyn Monroe while eating pizza and that is the reason why a lot of fans commented and called her the next Marilyn Monroe.

It is not the first time when we have seen Kim Kardashian looking like the late superstar Marilyn Monroe. It all started from her journey in Met Gala 2022 when she adopted the dress of the actress and since they then have become a fashion for her.