Adam Levine was seen fir the first time getting support of wife after cheating scandal! 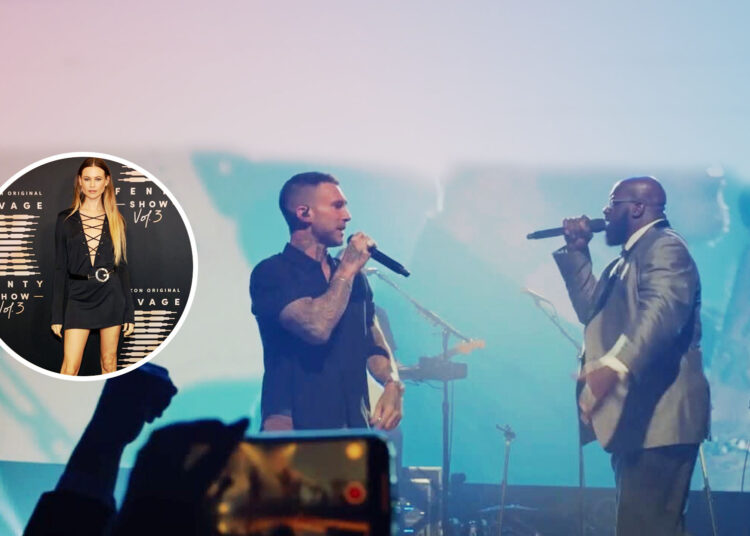 Adam Levine was performing in Las Vegas last week and someone special was there to support him it is none other than his wife Behati Prinsloo.

It feels very happy to get the support of your partner when the whole world is against you. The same has happened with many celebrities of Hollywood who are going through almost a similar situation and filling grateful to their partners for not leaving them.

Whether it is related to the scandal in their personal life or professional, everything becomes bearable if you have an understanding. Something like this has happened with the singer Adam Levine as he got the support of his wife Behati Prinsloo ever since the cheating scandal.

Here you can check out some pictures of Adam Levine with his wife Behati Prinsloo.

The 43-year-old Adam Levine was recently supported by his wife Behati Prinsloo who is 34 years old. He got her support while performing in Las Vegas after his cheating scandal. He was seen performing on 1 October and giving a public appearance together after the model Summer accused him.

The married couple was spotted backstage while proving that there is no drama going on between them as they are together in this situation. It was on 27 September when Behati Prinsloo was seen arriving in Nevada City with Adam Levine. She was there to enjoy a few days in between the scheduled performance of her husband. Adam has also booked The Residency with MGM which means he will be on the regular basis in Vegas.

Also Read: Alexandra Daddario Strips Down For A Sensual Selfie!

Adam Levine is right now making headlines more related to the cheating thing rather than his work. It all started with many women coming together and accusing him of cheating. It also includes the model Summer who came in front and said that Adam Levine and she were in a relationship before ending it in 2021.

Coming to the reaction of Adam Levine then he is denying everything ever since these all started. He said he was with no one and apologized for his behavior. He said he never flirted with anyone and never was in a relationship with anyone besides his wife.

Adam Levine continues then said: “My wife and my family is all I care about in this world. To be this naïve and stupid enough to risk the only thing that truly mattered to me was the greatest mistake I could ever make. I will never make it again. I take full responsibility. We will get through it. And we will get through it together.”