Women coming back to back as they have accused Adam Levine of cheating on his wife but the couple is going strong!! 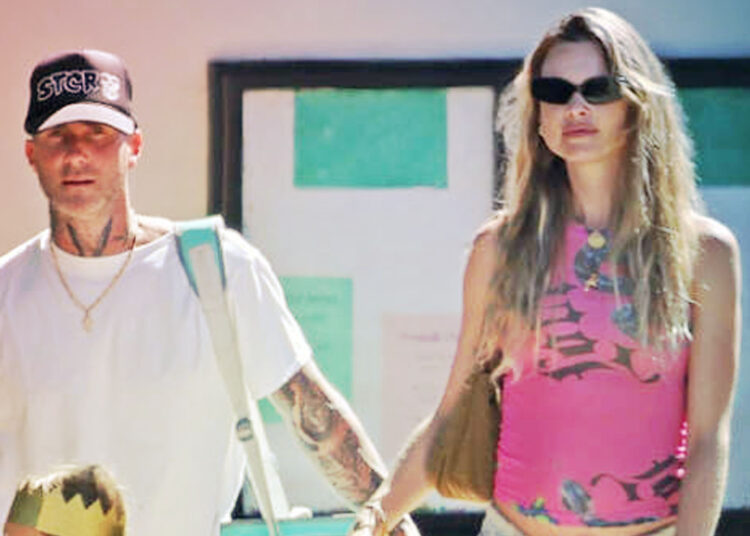 Adam Levine And Behati Prinsloo are pregnant with their 3rd child, and these rumors are not ready to leave their sight.

It is very much in a talk right now related to a lot of couples almost breaking up and there are a lot of couples who are making up. But when it comes to the strongest one then we have a lot in the Hollywood industries that are going very well with the difficult situation they have.

And among them are going to be Adam Levine and his wife Behati Prinsloo who are dealing with a lot of scandals that are surrounded by a cheating allegation.

Talking about such things then it was recently when the 43-year-old singer Adam Levine was seen with his wife and his daughter while carrying a perfect smile on his face.

Adam Levine was looking as if he is enjoying quality time with his wife related to the alleged cheating scandal that has followed the life of the couple. They were recently photographed walking down with their two daughters while carrying a big smile toward the camera.

It was recently revealed that the mother of two is going to become a mother of 3 and released some of her pregnancy pictures on social media. Soon after there were a lot of allegations that came forward by many women who accused Adam Levine of cheating on his wife.

Here you can see the couple Adam Levine And Behati Prinsloo with a smile on their face amid cheating allegations.

Coming to the recent outing then we have seen Adam Levine in a white t-shirt and baseball cap while Behati Prinsloo was wearing a pink top and loose pants. Her baby bump was matching with her dress and the smile she was carrying.

Coming to the response then Adam Levine has already given one through social media but when it comes to Behati Prinsloo then she has not responded. Adam Levine has denied all the accusations made by several women on social media where they have shared some of the screenshots of their messages.

Adam said: “have addressed that and taken proactive steps to remedy this with my family. My wife and family are all I care about in this world. To be this naïve and stupid enough to risk the only thing that truly matters to me was the greatest mistake I could ever make.”