Adam Levine Is All Set To Perform In LA With Band, Amid Cheating Allegations

Adam Levine's wife , who is currently pregnant with their third child, has not responded to the cheating allegations. 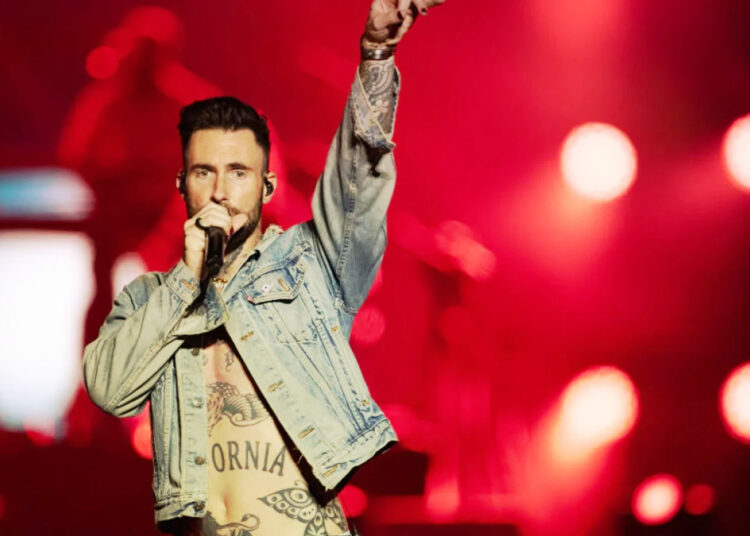 Singer Adam Levine is set to perform with his band Maroon 5 at a show in Las Vegas next month as allegations mount that he flirted with multiple women. Levine and his band are scheduled to perform at The Event, The Shaquille O’Neal Foundation’s annual fundraising gala on Oct. 1 at the MGM Grand Foundation.

According to sources, the show will go ahead as planned despite the negative headlines about the band’s frontman Adam Levine.

Sources say there will be no red carpet at the event, so Adam Levine won’t be grilled by reporters. Plus, he’s ready to move forward with other professional commitments he’s already made, including a Maroon 5 world tour with stops across Asia through the end of the year, as well as one final New Year’s Eve show in Palm Springs.

The whole thing blew up after Sumner Stroh claimed on TikTok that she and Adam had been in a relationship for about a year while he was already married to Behati Prinsloo who is the mother of his thirdly upcoming child.

Also Read: Adam Levine Is Grateful To Wife Behati Prinsloo For Not Leaving Him Amid Cheating Scandals!

Even after all the Allegations singer, Adam Levine spends time with his wife Behati Prinsloo.

The Instagram model said they hadn’t spoken in months but shared a screenshot of an alleged message Adam sent her in which he asked: “Ok serious question. I have another baby and if it’s a boy I really want to name him Sumner. Are you ok with that? Deadly serious.”

Adam Levine later denied that he had an “affair” but admitted that he had shown “poor judgment” and that he had “crossed a line.” However, since then, more women have come forward with similar stories.

One of them was comedian Maryka, who posted a screenshot of an alleged conversation with the ‘This Love’ hitmaker on her Instagram Story, in which he told her: “Distract yourself by fucking with me!” Maryka also shared a video Adam sent her, in which he said “I’m stupid”, although the context in which he sent it is unclear.

Another woman named Alyson Rosef also posted a bunch of DMS allegedly from Levine. A fourth woman, Adam’s former yoga instructor, accused him of sending her a flirtatious text.

Recently, a 21-year-old girl from Alabama said that Adam sent her flirtatious messages almost daily and often replied to photos of her exercising because he knew she was still in college.

Adam Levine’s wife Behati, has not responded to the cheating allegations. However, the pair put on a united front on their recent outings, even flaunting PDA as they ran errands.