The superhot diva Mouni Roy is an absolute freak of nature when it comes to being hot and s*xy. 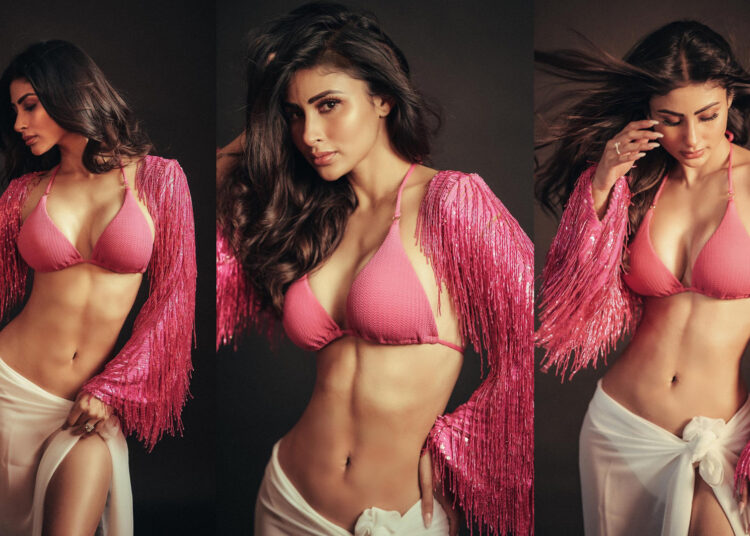 Mouni Roy is a specimen of beauty, the 37-year-old diva still looks likes someone in their 20s and she is absolutely turning it on with her hotness these days.

Mouni manages to make everyone’s jaws drop with her new avatars in different outfits and she is one of those rare beauties who manages to look gorgeous in ethnic outfits as well as in chic glam outfits.

Mouni absolutely rules social media platforms as her posts go viral as soon as she drops them, she has a huge following of over 25 million on Instagram, and her recent posts on IG got everyone’s attention, the diva Mouni Roy dropped a post in which she was wearing a bikini, a pink bralette with a white saoran, her perfectly toned midriff, sensual hips and thigs were full on dislike and her body was radiating.

Also Read: Mrunal Thakur Turns on the Heat in a S*xy Bodycon Dress

Here you can check out some posts of Mouni Roy.

This was one of the most sensual avatars of Mouni that has left her fans speechless, while her hubby Suraj Nambiar became cheeky and commented on the post asking how lucky Mouni’s husband is, and the fans certainly liked the humor of Suraj as they bombarded his comments with likes.

Mouni’s growth as a star in the Bollywood industry has also been one of the most exciting things to watch, from being the highest-paid television actress in the show Naagin to delivering a stellar performance in one of the most anticipated Bollywood film Brahmastra, Mouni has definitely come a long and certainly there is a lot more to go.

Her Bollywood career is just starting to rise now and we will definitely see her in more high-budget films in the future, as of now, Mouni is enjoying some time as a holiday and her upcoming projects include The वरGIN Tree, she is on contention for a few other films but the announcements are yet to be confirmed.