Selena took the extra step and bashed out her online trolls who made fun about her little weight gain which was visible at her Golden Globe Awards 2023. 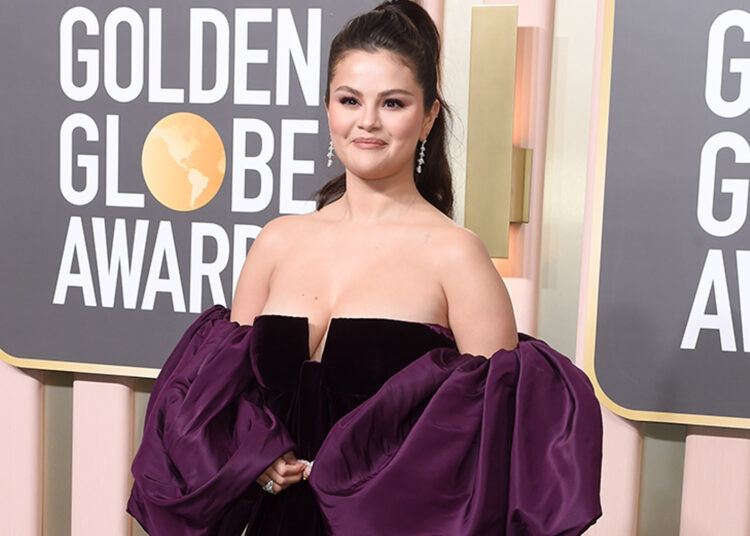 Selena Gomez has always been the one who never fears her trolls. She always gives dreadful and heartbreaking replies that shatter the feelings of her bad mothers. And this time, she has done it again.

What did Selena say? What did the troll say about Selena? Here’s everything.

Selena Gomez Comes Back at Troll With Full Force

It was an extra bad Monday for the online trolls of Selena Gomez. She decided to be fearless and give a savvy reply to her trolls that rolled their mouths shut.

Selena attended the 2023 Golden Globe Awards and was looking flawlessly beautiful. But her trolls decided to write bad words about her anyway. They made fun of her weight as she was looking a little chubby than usual. And that became the target of Selena’s online trolls

The People magazine reported that Selena came back at her trolls with full force in her Instagram live. The part of her life where she talked about the troll was cut out and uploaded on the TikTok account of Pop News.

The caption of the tweet says, “Selena Gomez calls out body shamers who criticize her looks:

Selena Is Not Afraid of Gaining Weight

The tweet went viral as soon as it was uploaded. It was retweeted by thousands of Selena’s fans who were enjoying the troll being whitewashed by their favorite star.

In the TikTok video, she said, “So I will be trying to stay skinny, but I went to Jack in the Box and I got four tacos, three egg rolls, onion rings, and a spicy chicken sandwich.”

Talking about her new makeup line, Rare Beauty, Selena told Cosmopolitan magazine, “I’ve had to learn pretty early to have thick skin when it comes to this stuff and to understand that it doesn’t matter at all. It’s just hateful. That’s all it is.”

The Only Murders in the Building actress made her appearance at the Golden Globe Awards 2023. She was wearing a dark purple Valentino gown that was very velvety. The gown had oversized purply silk sleeves and was strapless.

The gown was listed under the label’s couture winter 2022 collection. And Selena did justice to the dress by wearing it at the awards.