For all of you who can't keep calm for season 5 of Aggretsuko, here is a list of series that are similar to it. 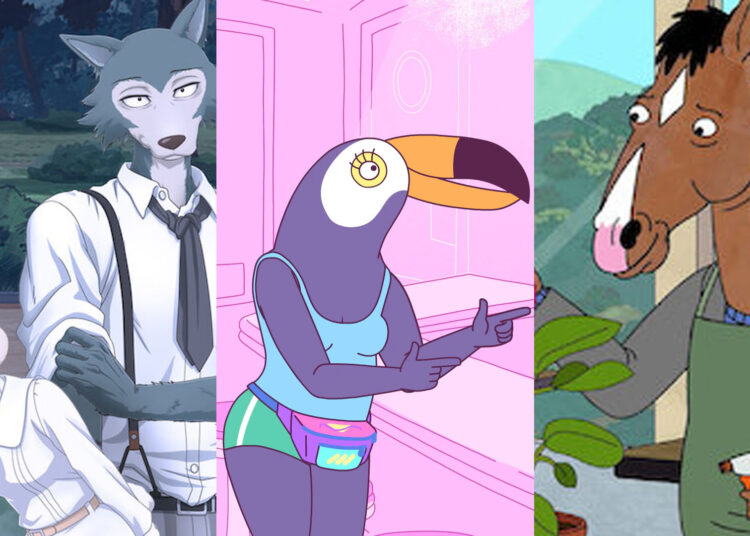 Aggretsuko Season 5 is going to release soon on Netflix, till then you can watch these Top 10 TV Shows like the series.

Aggretsuko is a Japanese anime comedy that revolves around a young, humanoid red panda. Her situation is brimming with stress, from obnoxious coworkers to not being able to pay the rent, and her preferred expression is to perform death metal at a karaoke club in order to cope with her situation.

Aggretsuko Season 5 will most likely be released in February 2023. Aggretsuko has completed 4 seasons.

Because of its originality, viewers may have difficulty locating comparable series with the same aesthetic and subjects. While there aren’t many shows like Aggretsuko, there are several that have related concepts.

But, you need not worry because we have done the job for you. Here is a list of the top 10 shows that are similar to Aggretsuko.

Aggretsuko Season 5 will release next month on 16th February 2023.

Also Read: Top 10 Shows Like Itaewon Class, While You Wait for Season 2

Here is the list of the Top 10 TV Shows Like Aggretsuko Season 5, while you wait for the series.

Osomatsu-san takes Aggretsuko’s humor about suffering in an adult world in spades, with a hefty dose of absurdism. These characters, in comparison to Retsuko, are not living their lives together at all.

The protagonists are sextuplets who are still living with their parents and are attempting to find their place in the world.

There isn’t much of a plot in Osomtasu-san. Viewers are simply asked to join in on the fun and chuckle at their antics.

Tuca and Bertie is a wonderful show. It was produced by the same crew that developed Bojack Horseman, yet it stands on its own and is distinct in its theme and characters.

In reality, it’s more akin to Aggretsuko than Bojack Horseman. Bertie is similar to Retsuko in that she is a restless dreamer.

The series, like Aggretsuko, explores numerous maturity fears. It also addresses problems concerning women, such as sexism in the workplace.

Some viewers may be surprised to learn that Aggretsuko isn’t the only Japanese narrative concerning a person who lives a big secret by performing death metal.

Detriot Metal City is a black comedy manga that recounts the same narrative as Aggretsuko. The manga was adapted into an anime OVA consisting of 10–12 minute episodes.

Rather than an anthropomorphic red panda, the plot follows Soichi Negishi, a bashful young guy who aspires to be a pop artist. His death metal, on the other hand, pays the bills.

He led two lives: one as the rough lead vocalist for Detroit Metal City, and the other as a delicate and shy man with pop artist fantasies.

If you like Aggretsuko for its slice-of-life humor but wish it had more office sequences, The Office is worth a watch.

Despite its non-animated appearance and absence of humanoid characters, the amusing mockumentary series shares a lot of humor and drama with Aggretsuko. Pam and Jim’s bond is uncannily identical to that of Retsuko and Haida.

Beastars have everything: power conflicts, romance, and animal beings. The series has 12 episodes so far and is frequently linked to Zootopia in terms of its predator vs. prey theme.

Aggretsuko lacks that, yet they do share romantic conflict, societal constraints, and anthropomorphic characters.

These characters are students, not employees. There is significantly less humor than in Aggretsuko, but all of the drama is present. It also features greater violence and sexual themes.

Princess Jellyfish is recommended for individuals who like Aggretsuko’s charming characters, funny moments, and relationships. The 11-episode animation, which debuted in 2010, depicts a quiet, nerdy girl who aspires to be an illustrator. She is also enamored with jellyfish.

She befriends a boy who enjoys cross-dressing, and the two of them support one another through romances and trouble. It’s a romantic comedy that also addresses gender identification in a novel way for the period.

If you like Aggretsuko for its serious topics, humor, and characters, you’ll enjoy Bojack Horseman. It’s a series with all of that, but it has a typical Hollywood American twist.

It is additionally more jaded. The series ended in early 2020, yet it left a significant influence in the category of emotional shows. Even the supporting characters are amusing.

The avatars may not have that charming Japanese flair, but they deal with serious issues like racism, misogyny, self-destructive conduct, and the human experience.

The protagonist in this comedic narrative is a skeleton who works in a retail bookshop, similar to Aggretsuko. The anime was released in 2018 with a total of 12 episodes.

Unlike Aggretsuko, the series avoids adult issues such as overwhelming s*xism and the intense drama of courting. Instead, it focuses on the lighter side of things, such as uncomfortable chats with consumers about the novels they are purchasing.

It has a similar style to Aggretsuko in which its primary characters are not humans.

In 2 words, My Love Story!! is adorable and hilarious. The anime, which debuted in 2015, includes 24 cute episodes. If you prefer Aggretsuko’s adult themes, this show is not for you.

If you enjoy the charming characters, romance, cliches, comedy, and slice-of-life elements, My Love Story!! is a must-see.

The bond between the two main protagonists, a small, sweet high school girl and a huge man that most other ladies find terrifying, is the story’s major draw.

To begin with, the hero is a duck who can transform into a magical girl. Second, many of the other characters are also animals. The show is also filled with a lot of romance.

The main distinction between Aggretsuko and other shows is that it is not a comedy or a slice-of-life story. It has a big narrative and is mystical in nature.