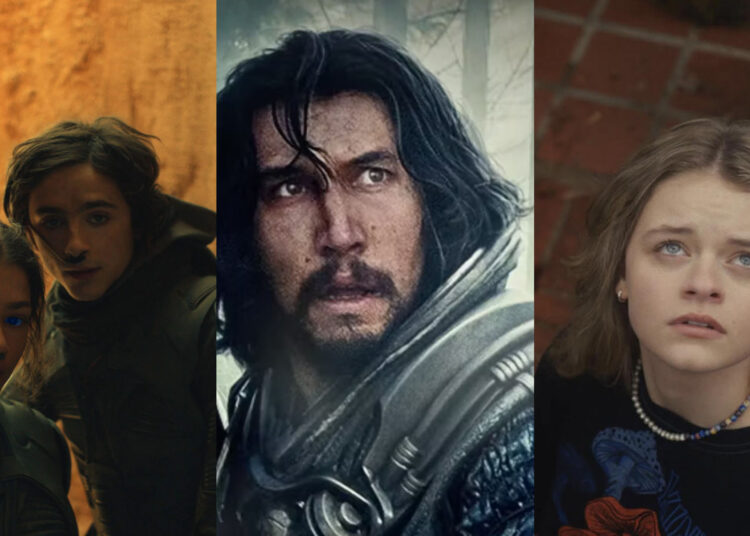 Are you a Sci-fi movie fan? So definitely you are waiting for these Must-Watch Sci-fi movies to watch in 2023. Here you have listed and updated the release date, cast, plot, and more about the movies.

The year 2022 produced successful sci-fi films like ‘The Adam Project‘. The article makes a list of all the must-watch science fiction movies that are going to be released in the year 2023.

Transformers: Rise of the Beasts-

This upcoming sci-fi action movie is based on the Transformers toy line of Hasbro and adapted from the Beast Wars storyline. It serves as the sequel to the 2018 movie ‘Bumblebee‘ and the seventh installment of the Transformers movie series.

Cast members of the series include Anthony Ramos, Dominique Fishback, Luna Lauren Vélez, Tobe Nwigwe, etc. It is scheduled to be released on June 9, 2023, in the United States.

The plot of this sci-fi thriller movie revolves around two survivors finding themselves reaching back to an Earth of sixty-five million years ago as they become compelled to fight a hostile environment including dangerous prehistoric creatures as well as dinosaurs.

Adam Driver and Ariana Greenblatt will be seen starring as the two survivors Mills and Koa in the series. The movie is set to be released on March 17, 2023, in the United States.

This upcoming epic sci-fi movie is the sequel to the popular 2021 movie ‘Dune‘ which serves as the second part of the two-part adaptation of Frank Herbert’s 1965 novel ‘Dune‘.

The movie will be released on November 3, 2023, by Warner Bros. Pictures.

The Hunger Games: The Ballad of Songbirds and Snakes-

This upcoming sci-fi action movie serves as a prequel to the 2012 movie ‘The Hunger Games‘ and the fifth installment of The Hunger Games movie series. It is adapted from the same named 2020 novel by Suzanne Collins- ‘The Ballad of Songbirds‘.

The plot of this upcoming movie revolves around eighteen years old Coriolanus Snow years before he becomes Panem’s tyrannical president. The movie is scheduled to be released on November 17, 2023.

This is the working title of the upcoming sci-fi movie based on Gene Roddenberry’s tv series ‘Star Trek‘.

The movie will be serving as the fourteenth movie of the Star Trek movie franchise and the fourth installment of the reboot series. The movie is still under development and is expected to be arriving in 2023.

Brandon Cronenberg has directed this upcoming sci-fi horror movie that has been co-produced internationally.

The movie is set to premiere at the Sundance International Film Festival on January 22, 2023. Five days later it will be released in the United States.

The plot of this upcoming sci-fi comedy mystery film revolves around a web of series events that compels a trio to become embroiled in a nefarious government conspiracy.

John Boyega, Teyonah Parris, and Kiefer Sutherland are the primary cast members of the movie. It will be released on Netflix in 2023.

This is an upcoming South Korean sci-fi movie the plot of which is set in the future year 2194 starring Kang Soo-Yeon, Kim Hyun-Joo, Ryu Kyung-soo, and Park So-yi as primary cast members.

It should be noted that this upcoming movie marks Kang Soo-yeon’s final film appearance as she died on May 7, 2022, in a coma resulting from a cerebral hemorrhage. The movie is set to be released on January 20, 2023, on Netflix.

This upcoming sci-fi action adventure movie serves as a prequel to the 2019 movie ‘The Wandering Earth‘ adapted from the same named short story of Liu Cixin who is also a producer of the film.

The movie is scheduled to be released by 20th Century Studios on October 6, 2023.

Cory Finley has directed this upcoming sci-fi movie that is adapted from the same named 2017 novel by M. T. Anderson. This movie is also set to be released at Sundance International Film Festival on 23rd January 2023.