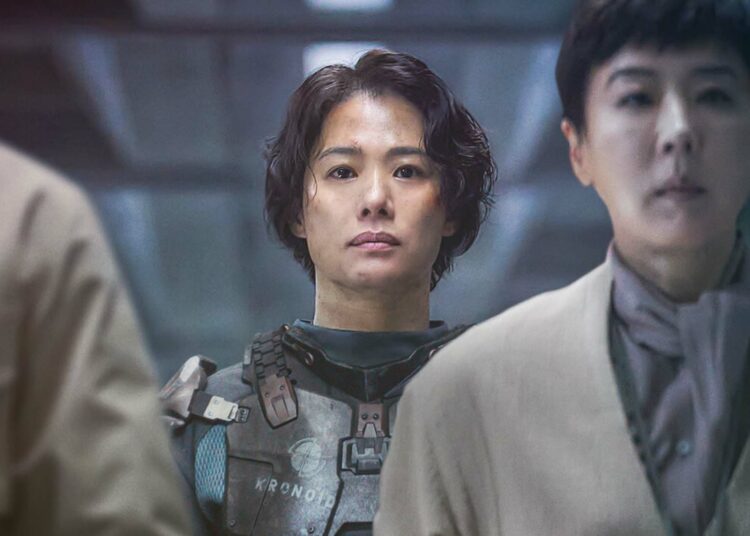 With action, adventure, and drama this trio is a perfect entertainment dose for any of viewer. There is an element of superficial things also in this upcoming movie titled ‘ Jung_E’. We are talking about an upcoming movie on Netflix and the country of origin of this movie is South Korea.

As the days are passing Korean industry is widening its range of content apart from romance and flowery things it is coming up with action, adventure, thriller, mystery, and many more genres. The Korean industry is proving its worth on the streaming giant Netflix.

I am sure that you want to know more details about this upcoming project of Netflix so do not miss out on anything keep reading this article till the end!!!

When is Jung_E going to be released on Netflix?

Jung_E movie which is filled with action-adventure drama and superficial elements is going to be released on Netflix on 20 January 2023 in the United Kingdom. The day on which the movie will be released is Friday so this Friday is really going to be a South Korean filmy Friday!!!!

What is the run time of Jung_E?

The runtime of the movie is just one hour and 38 minutes. The length of the movie makes it quite ideal for watching it in one go without feeling any boredom or burden!!!

What is the storyline of Jung_E?

As already mentioned it will be filled with a lot of adventure, drama, and action in one place.

The setting of the movie Jung_E will be in the 22nd century. The problem of climate change had forced all the human beings surviving on earth to leave their habitat and live in man-made Shelters.

Due to the consequence of climate change the earth has now become an inhabitable place making it difficult for human beings to survive there.

But during their stay in the man-made shelter, there was a fight happening between the humans.

Jung Yi who is the protagonist of the story is the elite leader of the allied forces. She eventually becomes the subject of a brain cloning experiment. The cloning experiment is a potential key to winning the civil war. Now it will be a really interesting point to see whether this experiment got successful or failed!!