List of the must-watch sci-fi tv series that you should add to your watchlist in 2023. 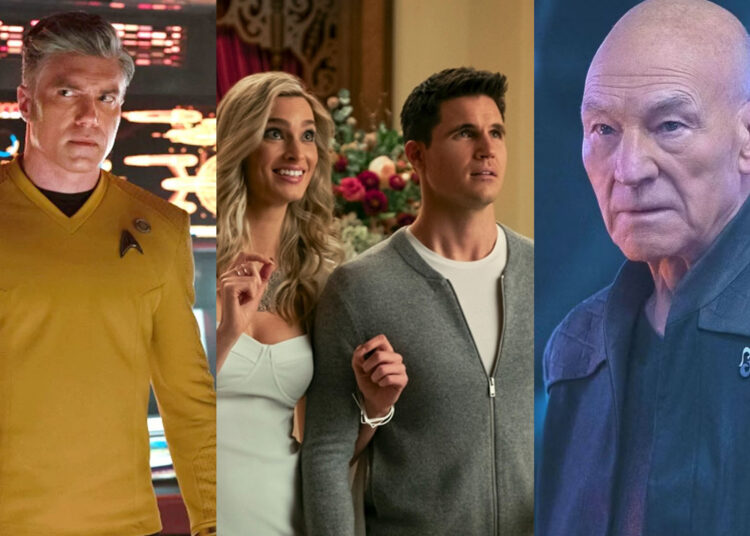 Are you a Sci-fi fan? Here we have listed the Top 10 Sci-fi Television Series to Watch in 2023, which is going to be released this year. You can find out the details below.

Science fiction is one of the best ways to depict the present through imagining the future. It cleverly shows what the present mindset of human beings are without making it too obvious, yet injecting the message deep within.

Every year a number of new science fiction tv series get produced with some of the old ones having their seasons renewed.

Following is the list of the new and renewed sci-fi television series that you will get to watch in 2023.

Also Read: Top 8 TV Shows Like Love to Hate You, While You Wait for the Series

Dave Filoni and Jon Favreau have developed this upcoming limited series that will be serving as part of the Star Wars franchise and the spin-off of the space Western tv series ‘The Mandalorian‘.

The plot of this series revolves around Ashoka Tano from ‘Star Wars: The Clone Wars‘. Tano is a former Jedi Padawan who once was an apprentice of Anakin Skywalker. American actress Rosario Dawson will be seen reprising her role of Ashoka Tan in the series. The series will be released in 2023.

The plot of this upcoming sci-fi dramedy will be seen revolving around a group of traveling salespeople who are trying to sell timeshares on the moon.

Primary cast members of the series include Billy Crudup, Hank Azaria, Haneefah Wood, Alison Pill, etc. The series is scheduled to be released on February 17, 2023, on Apple TV+.

Christopher Ford and Jon Watts have created the upcoming tv series that also takes place in the same timeframe as the plot in the series ‘The Mandalorian’ and the 1983 movie ‘Return of the Jedi’ as part of the Star Wars franchise.

The plot of this new series narrates a coming-of-age story. Among the cast members of the series, only Jude Law’s name has been confirmed. The series is set to premiere in 2023 on Disney+.

Chinaka Hodge has created this upcoming tv series that is based on the same named Marvel Comics character.

The series is set to be the tenth tv series of MCU and shares continuity with the plot of the films of the franchise. This series will be seen revolving around Riri Williams, a genius MIT student, and inventor who invents a suit of armor rivaling the legendary one built by Iron Man aka Tony Stark and becomes known as Ironheart.

American actress Dominique Thorne will be seen starring as Ironheart in the series. The series is set to be released in late 2023 on Disney+.

Michael Waldron created this tv series based on the same named character of Marvel Comics, God of Mischief, the younger brother of Thor.

In this series, we find an alternate and “time-variant” version of Loki. The first season of the series which premiered on June 9, 2021, concluded the Phase Four of MCU.

Season 2 is scheduled to be released in mid-2023 on Disney+ as part of MCU’s Phase Five.

This tv series is the eighth series of the Star Trek franchise and part of the expanded Star Trek Universe of Alex Kurtzman. The plot revolves around the titular Jean-Luc Picard, a retired Starfleet admiral who has started his journey again after twenty years of his last appearance in the 2002 American sci-fi movie ‘Star Trek: Nemesis’.

The plot of this series is set in the year 2399 and finds Picard still struggling with the death of Data and the destruction of planet Romulus.

Each season of the series navigates different aspects of the character in old age. English actor Patrick Stewart has reprised his role of Picard in the series.

Greg Daniels created this sci-fi comedy series the plot of which is set in the future year of 2033 when humans are able to choose a virtual afterlife and “upload” themselves into that.

This adult animated action-adventure tv series is set in the fictional universe of League of Legends of Riot Games and follows two sisters Vi and Jinx on opposite sides of a conflict.

The series premiered on November 6, 2021, with the second season scheduled to arrive in 2023.

This American tv series is the eleventh series of the Star Trek universe and serves as the spin-off of the series ‘Star Trek: Discovery’.

Set one decade before the plot of ‘Star Trek: The Original Series’, the plot revolves around Captain Christopher Pike as he explores new worlds in the galaxy with his crew of USS Enterprise.

Anson Mount has starred as Christopher Pike in the series. It premiered on May 5, 2022, with the second season expected to be released in 2023.

This sci-fi action adventure animated anthology tv series is adapted from the same named Marvel Comics series and explores alternate timelines of the multiverse showing alternate results of the major moments of MCU films would not have been as they are.