List of the must-watch romantic comedy films that you have to add to your watchlist in 2023 to watch with your partners. 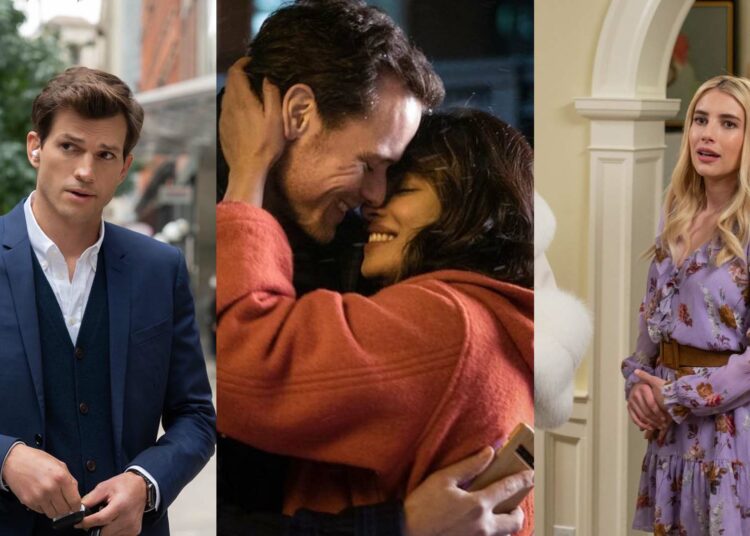 Willing to make your 2023, happy and romantic more than 2022, here is the list of the Top 7 Romantic Comedy Movies of 2023 you should watch.

Romantic comedies are like escapades for viewers amidst the crowd of fantasy, suspense, psychological thriller, horror, and murder mystery movies.

They give us the much-needed love, goodness, and a happy ending in between our quest for the thrill, psychological distortions, and complexities of mysteries.

This article provides a list of romantic comedy movies that you should be waiting for in 2023.

Also Read: 10 Movies Like Private Lessons You Must Watch!!!

Your Place or Mine-

Aline Brosh McKenna has directed this upcoming American romantic comedy movie. The plot revolves around two best friends Debbie and Peter who are stark opposites of each other.

Debbie is the kind of person who wants routine in LA with her son while he thrives on change in New York.

But when Debbie pursues a dream that she had harbored throughout her life, she and Peter exchange home for a week with Peter looking after her son. But the week changes more than their house only and they find their lives changed forever.

Reese Witherspoon and Ashton Kutcher are cast as Debbie and Peter in the upcoming movie. Jesse Williams, Tig Notaro, Zoë Chao, Rachel Bloom, Wesley Kimmel, and Steve Zahn are some of the other cast members of the movie.

This much-awaited upcoming romantic comedy movie has been directed by Greta Gerwig. As the title suggests, the movie is based on the same named fashion dolls by Ruth Handler’s Mattel.

A number of computer-animated television films had been made based on Barbie dolls. But the upcoming film serves as the first-ever live-action movie based on the famous dolls.

The plot revolves around Barbie who, after getting expelled from the Barbieland due to being a less perfect-looking doll, embarks upon the journey to reach and join the human world in order to search for true happiness.

Margot Robbie was confirmed as the cast member for the titular character in July 2019. In October 2021 Ryan Gosling entered the cast as Ken.

The movie is set to be released on July 21, 2023, by Warner Bros. Pictures in the United States.

James C. Strouse has directed this upcoming romantic comedy-drama that is adapted from a novel by Sofie Cramer.

The plot revolves around a woman named Mira Ray who is suffering from the loss of her fiancé. When she sends a number of romantic texts to his old number, the messages get received by a journalist named Rob Burns as the number has been reassigned to his new work phone.

Rob becomes captivated by the honesty and love imbued in the beautiful confessional texts. As the two are about to meet, will their lives be changed forever?

Priyanka Chopra and Sam Heughan have starred as Mira Ray and Rob Burns in the movie.

Other cast members include Russell Tovey, Omid Djalili, Celia Imrie, Celine Dion, Steve Oram, etc. The movie is set to be released on May 12, 2023.

The plot revolves around the life of Maddie which takes a fantastic turn very suddenly. When her best friend gets engaged to the man Maddie loves, Maddie tries hard to put her feelings away and be a bridesmaid at the wedding in Ireland.

But after she makes a spontaneous wish to get true love days before the wedding, she wakes up to find the bride-to-be herself. Yet, her seemingly soon-to-be-fulfilled dream makes her realize that her soulmate might actually be someone else.

Lindsay Lohan first gained recognition after starring in the 2004 teen comedy movie ‘Mean Girls‘. In this movie, she will be seen starring as Maddie with Ed Speleers, Alexander Vlahos, Ayesha Curry, Elizabeth Tan, and Jane Seymour as other cast members. Though the exact date of release is yet to be decided, the movie is set to be released by Netflix in 2023.

Book Club: The Next Chapter-

This upcoming romantic comedy movie serves as a sequel to the 2018 movie ‘Book Club‘. The plot surrounds four best friends and their adventure in Italy with their book club. The movie is set to be released on May 12, 2023.

Wes Anderson has directed and produced this upcoming romantic comedy movie the plot of which is centered around a Junior Stargazer convention in a fictional American desert town in which participants navigate competition, comedy, romance, and recreation. The movie is scheduled to be released on June 16, 2023.

Michael Jacobs has directed this upcoming romantic comedy movie starring Luke Bracey and Emma Roberts as Allen and Michelle, the lead characters in the movie. It will arrive in the United States on January 27, 2023.