Palak Tiwari Lightens Up Instagram with a Beautiful Outfit.

The Bijlee Bijlee fame actress Palak Tiwari is one of the most popular social media influencers. 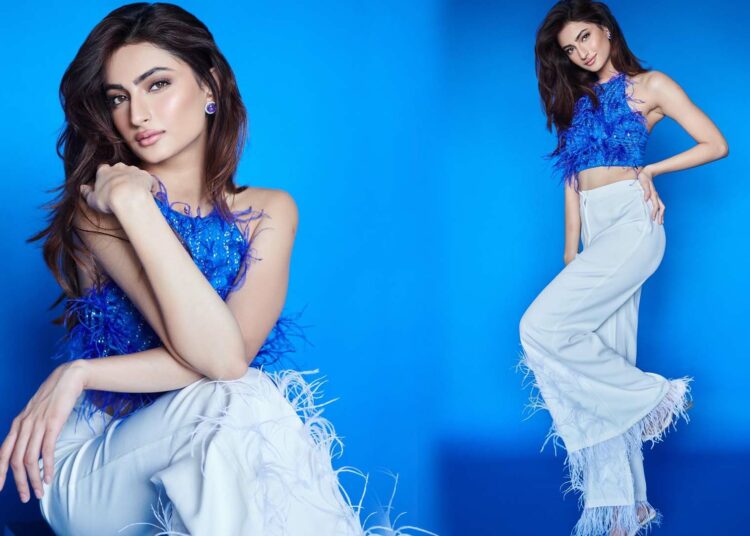 Palak Tiwari is one of the hottest names in the industry right now, she is among the likes of early 20s stars like Avneet Kaur and Anushka Sen, but what separates Palak from everyone else is her charm and beauty which is just on another level.

Many of her fans already consider her the s*xiest diva in the Bollywood industry and it’s really hard to argue that especially if we take a look at her s*xy social media posts.

Palak is the daughter of veteran television actress Shweta Tiwari who herself is an ageless beauty at this point in time and no wonder why Palak has such a god-gifted gene.

Palak made her acting debut back in 2017 with the movie Quickie, and three years later she was part of the movie titled Rosie: The Saffron Chapter which was released in 2020, although her movies didn’t perform well at the box office, she did manage to gain fans attention.

Palak Tiwari Doing the Pose in Blue and White.

Palak broke into stardom in 2021 when she got featured in Harrdy Sandhu‘s music video ‘Bijlee Bijlee’, the song became a huge success and was trending for several weeks after its release and this was the push that Palak needed to enter the mainstream scene.

Today, Palak has a huge fan base on social media platforms, especially on Instagram where she has over 3 million followers. Palak’s Instagram game is on point, she drops some really breathtaking photos on her IG and in a recent one, the diva Palak Tiwari posed in the most iconic way possible wearing a blue sleeveless feather furry crop tube top with fur, she paired the top with white trousers which had feathers in the hem.

The outfit was from the shelves of ANI Clothing and looked absolutely gorgeous on Palak, who accessorized her outfit with a beautiful earring by Mozaati.

Meanwhile, on the work front, Palak will be making her Bollywood return in the Salman khan starrer film Kisi Ka Bhai Kisi Ki Jaan, the movie will be released around Eid of 2023.