Vikings Valhalla vs The Last Kingdom: Which Is The Best?

The Last Kingdom and Vikings have long been the two most well-known Viking-themed historical dramas on television. 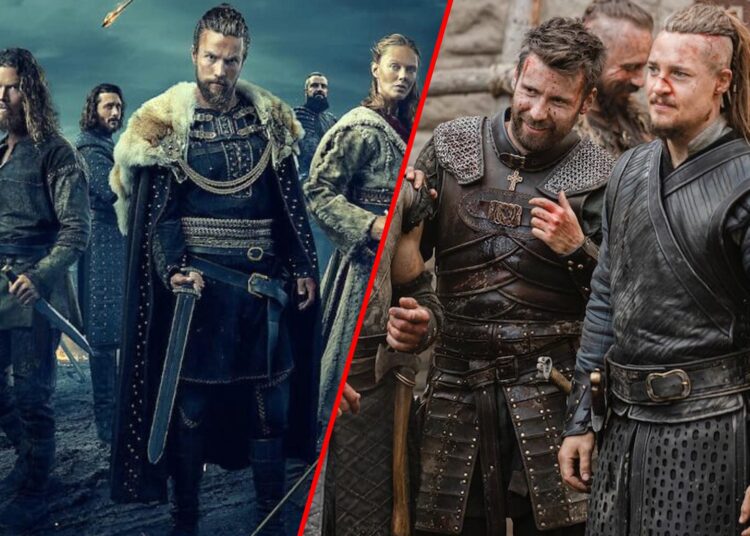 Vikings Valhalla Vs. The Last Kingdom: Which Is The Best? Well, the Last Kingdom and Vikings have long been the two most well-known Viking-themed historical dramas on television. The supremacy of one series over the other will always be a part of the show’s legacy, despite the fact that many people like both of them.

Both are extremely popular shows on their own. If a new viewer were interested in watching only one of these shows, it might be difficult for them to decide which one to watch. The best method for deciding whether a series is better, Vikings vs. The Last Kingdom, is to compare the historical accuracy, writing, narrative, and acting of each.

Therefore, in order to find out which of these two shows, Vikings Valhalla or The Last Kingdom, is superior, read this article all the way through to its conclusion.

Vikings Valhalla vs The Last Kingdom: Which Is The Best?

If you are looking for a show that accurately portrays the explorer mentality of the Norsemen, then Vikings are the show for you. It never undervalues the significance of the seafaring civilization. It also allows the audience to behave as a character in the show and is more philosophical and mystical in nature.

The Last Kingdom, on the other hand, is perfect for viewers who are impatient and just want to get to the core of the story as quickly as possible.

In contrast to Vikings, it moves quickly and features a lot more likable people who are treated with respect, allowing the audience to feel the same way.

In either case, both are excellent presentations with a few advantages over one another. It actually just depends on how quickly the historical dramas unfold.

About The Last Kingdom

The Saxon Stories novels by Bernard Cornwell served as the inspiration for The Last Kingdom, which resulted in a more focused plot with clearer storylines. This Viking drama moves rapidly and develops its characters very quickly.

In fact, just Season 1 of The Last Kingdom covers two volumes. But that significantly hinders the character development of the story. The audience does not get to spend a significant amount of time with significant characters.

The Last Kingdom’s fighting scenes are one of its best features because they are highly complex. The Last Kingdom has an advantage over the Vikings in terms of historical accuracy because of its costumes. The antagonists in The Last Kingdom are likewise very dangerous. That’s one area where it fully eclipses the role of the Vikings.

The interaction between Utthred and King Alfred, the show’s two main protagonists, is another element that makes Vikings superior. Their tense bond dominates all other interactions in The Last Kingdom and is one of the most interesting features of the show.

The events of Vikings Valhalla take place in the late eighth and early ninth centuries, just before the arrival of Nordic troops in England. Ragnar Lothbrok and his sons are the subjects of the television series, which follows their lives.

It’s frequently stated that The Last Kingdom is historically more accurate than Vikings, but that’s not always the case. Although historical people such as King Aethelwulf and King Alfred appear in the History Channel series Vikings, they are used in contexts that are entirely fictitious.

However, Vikings depict an early Viking culture in transition after being impacted by the Saxons and Christianity in a reasonably true manner. In addition to this, it investigates the profound philosophical impact that religion had on each of these societies.

Character development is another area in which Vikings take great pride. Ragnar Lothbrok and Floki were among the captivating characters that first caught viewers’ attention when the show first debuted. It can’t necessarily be said for the seasons that followed, but the early seasons of Vikings had engrossing narratives to permit this kind of patient – but never boring – character development.

The heroes in Vikings have no qualms about being good people, and the characters are aware of this. There isn’t any specific pursuit for greatness. In order to have a chance at a better future, it shows a group of people doing what they are capable of achieving. Since not all of them have moral doubts, the show keeps things realistic.

Given the popularity of Game of Thrones and the fact that both shows ran at the same time, it’s difficult to hold Vikings responsible for copying its violent fight sequences. Having said that, the action sequences in Vikings are among the best found on any network television show.