Other historical series that will interest you like 'Barbarians' are following. 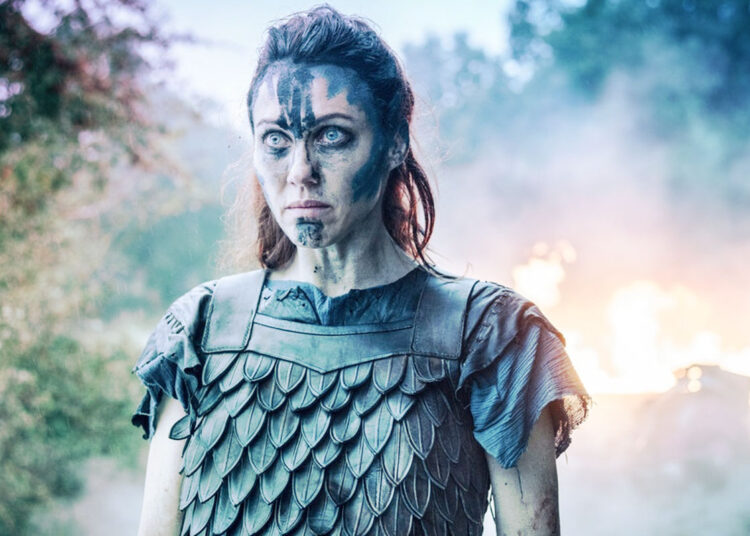 Barbarians Season 2 Updates: Arne Nolting, Andreas Heckmann, and Jan Martin created the German historical war series ‘Barbarians’ which tells a fictionalized story of the reign of the Roman Empire in Germany. The plot of the story is set at the end of AD 9 when Magna Germania has already been occupied by Romans for twenty years.

The Romans’ high taxes and other kinds of oppression have turned the lives of the Germanic tribe members not worth living. But due to the fighting among the chieftains of tribes, no unified resistance has yet been formed.

In this situation, Arminius who was taken hostage by the Roman Imperial army when he was a child. Now he has been made an eques of the army. He comes to Germany and witnesses the oppression of tribe members. He unites the chieftains and helps form a large resistance.

Though there is no exact date for the second season of ‘Barbarians’, it is confirmed that it will release in the fall or winter of 2022.

Now there are a number of other series too which you may watch if you enjoy the series ‘Barbarians’ and are waiting for the Barbarians Season 2.

Must Watch These Series If You Like Barbarians Season 2

Don Handfield and Richard Rayner created this historical fiction series that tells the story of the Knights Templar’s success and then gradually the fall and persecution and at last, the suppression which King Philip IV of France orchestrated.

The leader of the Templar named Landry du Lauzon who first was disappointed by the fall, later regained his spirit after getting the news of the resurfacing of the Holy Grail.

Richard Lopez and John Ealer directed this anthology docudrama that through a historical epic drama tells the story of Commodus’ reign in Rome which provided the fall of Rome with an impetus.

Stephen Butchard developed this British historical series that chronicles the Danes’ invasion of England. Saxon earldom’s young successor Uhtred gets captured by the Danes who then raise him. But now as years have passed, Uhtred finds his loyalty facing challenges.

Troy: Fall of a City-

David Farr created and Owen Harris and Mark Brozel directed this British American miniseries that is inspired by the incidents of the Trojan War and chronicles the famous love of Paris and Helen. The plot of the series is set in the thirteenth century BC and relies on the myths of Greece to retell Troy’s ten years of siege incident.

Louis Hunter and Bella Dayne play the roles of Paris and Helen respectively in the series. Other cast members of the series include David Threlfall, Frances O’Connor, Tom Weston-Jones, Joseph Mawle, Chloe Pirrie, Johnny Harris, David Gyasi, etc. The series ran from February 17 to April 7 of 2018 on BBC One in the UK and on Netflix internationally.

John Fusco created this American drama series that is based on the life story of Marco Polo. It chronicles his early years in Kublai Khan’s court. Kublai Khan was Mongol Empire’s Khagan and founded the Yuan dynasty which ran from 1271 to 1368.