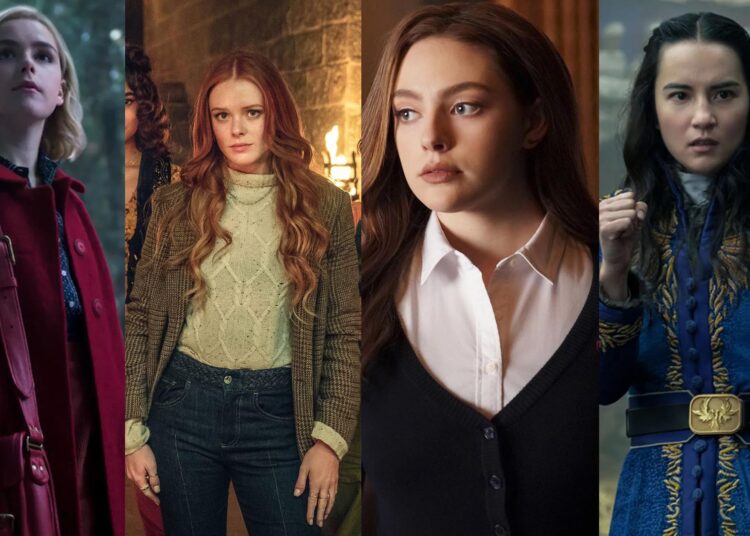 Wednesday is the series that has turned out to be the most talked about series in the visual entertainment world in the present day.

The return of the Addams on the screen is itself a matter of excitement and nostalgia. And when it comes to the portrayal and re-imagination of the familiar characters set in a new modern era, expectations find no limit.

The planning of a story focusing upon the Addams’ daughter Wednesday began with the pre-production of the very popular 1991 films starring Anjelica Huston, and Raul Julia.

In the present series, Wednesday is portrayed as a teenager possessing psychic powers, a misfit loner who loves macabre and gloom. But the comic and funny undertone of the macabre theme in the previous adaptations of the Addams family has been changed quite a lot here into serious psychological themes.

The plot revolves around Wednesday getting admitted into the Nevermore Academy for monstrous outcasts and her adventures there.

Jenna Ortega has portrayed the character of Wednesday Addams with much critical appraisal. Gwendoline Christie has been cast as Principal Weems of Nevermore Academy and Emma Myers as Enid Sinclair, Wednesday’s roommate who has quite opposite nature from Wednesday.

The series has won two Golden Globe nominations for Best Television Series- Musical or Comedy and Best Actress. It premiered on November 23, 2022, on Netflix. In January of 2023, a second season was renewed.

In this article, we have listed those articles which you would love to watch if you enjoyed ‘Wednesday’.

The plot of this coming-of-age series is set in the fictional town of Greendale and contains themes of fear, horror, and witchcraft.

The central character is Sabrina Spellman, a teen girl who is struggling to cope with her dual nature of a half-witch and a half-mortal in order to protect her family, herself, and the entire daylight world of humans from evil forces.

In ‘Legacies‘ we find characters from both these series depicted. The plot centers upon the daughter of Klaus and Hayley- Hope Mikaelson whose blood is mixed with the magic of the most powerful vampire, witch, and werewolf in the world.

Now the seventeen-year-old Hope gets admitted into the Salvatore School for the Young and Gifted to learn to control her supernatural abilities and impulses.

Danielle Rose Russell has portrayed Hope Mikaelson in the series reprising this role from the final season of ‘The Originals. It ran from October 25, 2018, to June 16, 2022, on The CW.

This teen drama series is based on the animated series of Nickelodeon- ‘Winx Club’. The plot is primarily set in the Otherworld known as Alfea and presents a fairy possessing fire powers named Bloom who, after getting enrolled into the magical boarding school of Alfea, makes four friends in her suit are light fairy Stella, water fairy Aisha, earth fairy Terra, and mind fairy Musa.

But when ancient creatures called the Burned Ones, come back to the Otherworld, all of them find their lives threatened.

The plot revolves around eighteen years old Clary Fray, who on the day of her eighteenth birthday, finds out that she is not who she has been thinking herself to be, but rather is a descendant of a long line of shadowhunters, hybrids of human and angel whose task is to hunt demons.

After this discovery Clary Fray finds her life embroiled in many adventures while also dealing with forbidden love. Katherine McNamara portrayed the character of Clary Fairchild in the series. The series ran from January 12, 2016, to May 6, 2019.

Shadow and Bone- Number of Seasons: 2

Eric Heisserer developed this fantasy tv series that is adapted from the two series of books by Leigh Bardugo.

The plot is set in the fictional Grishaverse and primarily one of its nations called Ravka and focuses on an orphan young woman named Alina Starkov who discovers herself to be the Sun Summoner which means to be able to control light.

Jessie Mei Li has portrayed Alina Starkov in the series. It premiered on April 23, 2021, on Netflix.