Selena Gomez asked her fans if she is back on Instagram

Recently the singer and music icon Selena Gomez posted through back selfies on her Instagram and asked her fans "can you tell I’m back on Instagram ?" 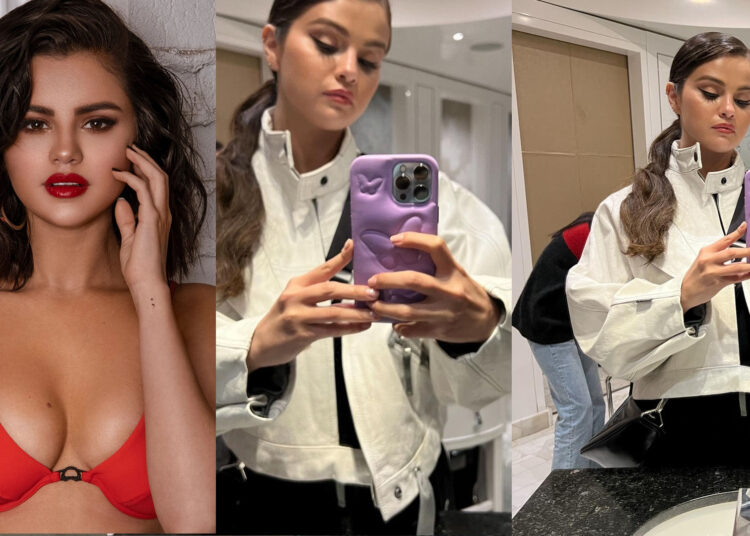 Selena Gomez was one of the main icons at the Golden Globes Awards 2023 and now she has asked her fans on Instagram if she is back on the platform or not.

Actually, the singer posted several images under this post only a few hours back and almost a million users have liked it and thousands of them have commented also.

Selena Gomez has 369 million followers on her Instagram profile and she was just checking how many likes or users will comment on her selfie.

Selena Gomez posted her latest selfie on her profile

In the post, there are 3 photos in which Selena Gomez can be seen standing in front of the mirror and taking selfies from her iPhone in a washroom.

The Singer and actress can be seen in a white rough jacket and her iPhone cover is of purple color.

There are over thousands of comments in just a few hours and one user has commented:

“Yes and we’re loving every bit of it”

Another fan has said:

So grateful youre back. I really love u and im so happy for you. Congrats 4 everything soulmate🥰💕🥰💕

Besides her singing, Selena Gomez is also very popular on Instagram as she put hot videos and photos from her work and photoshoot sessions for her fans.

A few days back on her Selena had posted this mesmerizing picture of her being sited on a chair. The Photoshoot was done by Rolling Stone Magazine and Selena captioned the post with:

Sharing my story has not been easy. Thank you @jalexmorris for having such an open conversation with me about not just my story but yours too. It’s a reminder of exactly why I chose to share “My Mind & Me”

In the post, the singer can be seen in a hot black gown sitting inverted on a chair and posing sensuously and telling the story of her life.

In the same post on navigating next, you can find the Magazine cover of Rolling Stone and Selena Gomez on it.

In the next picture, she can be seen in various other beautiful outfits.

Selena Gomez is also popular for her voice acting in various animated series and films alongside her music videos. If you don’t know she had given voice to ‘Mavis Dracula’ in the film Hotel Transylvania: Transformania and she had been seen in her documentary film “Selena Gomez: My Mind & Me”.