Sonni Pacheco, the 31-year old model and Jeremy Renner's ex-wife is pregnant with her 2nd child as she shared heartwarming clicks on Instagram. 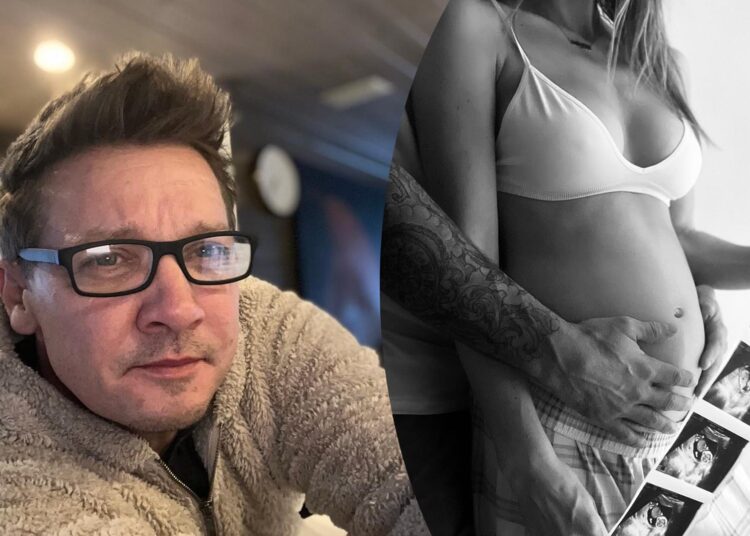 Jeremy Renner’s ex-wife Sonni Pacheco is blessed with another child as everyone’s famous Hawkeye is still recovering from the accident he had.

The 31-year-old model posted a heartwarming photograph with her husband. And not just a single picture, Sonni blessed her fans with a thread full of upcoming baby celebrations.

There are multiple photos in the thread with the first one being a faceless shot of Sonni’s belly supported by the hands of her husband Nathan Thompson.

Other captures include a positive pregnancy test, a sonogram, and her family flying the pink color which is the gender reveal color for a baby girl.

In the caption, Pacheco wrote, “The best is yet to come.” “Spring 2023” she added that suggesting that her upcoming baby girl will take birth by the spring of this year.

Sonni Pacheco Showcases a Nak*d Body with a Baby Bump

After a few days of posting her blessed belly with the world, Sonni again took to Instagram and posted naked pictures while flaunting her pregnant tummy.

Sonni shared two photographs, one with all the colors and one with the black and white filter. She decided to go all skin as she flaunts her baby bump in front of a planty wallpaper.

She wrote “22 weeks” in the caption while mentioning that in November, she was 5 and a half months pregnant.

Sonni’s husband Nathan Thompson is already a father. He shares a child named Teague, age 7, with her ex-wife Cristin Stuart. And talking about Sonni, she shares a daughter, named Ava with her ex-husband Jeremy Renner.

Pacheco and Renner tied the knot in January 2015. Unfortunately, their marriage lasted for just 11 months as the couple divorced in the same year they married.

Although the exes initially agreed on shared custody in April 2015, they went on to engage in a lengthy custody battle in the months that followed.

Both of them put allegations against each other after their divorce. While Sonni accused her ex-husband of drug abuse, Jeremy claimed that she misused their daughter Ava’s trust fund.