Jeremy has broken almost 30 plus bones in recent accident and now focusing on his health!! 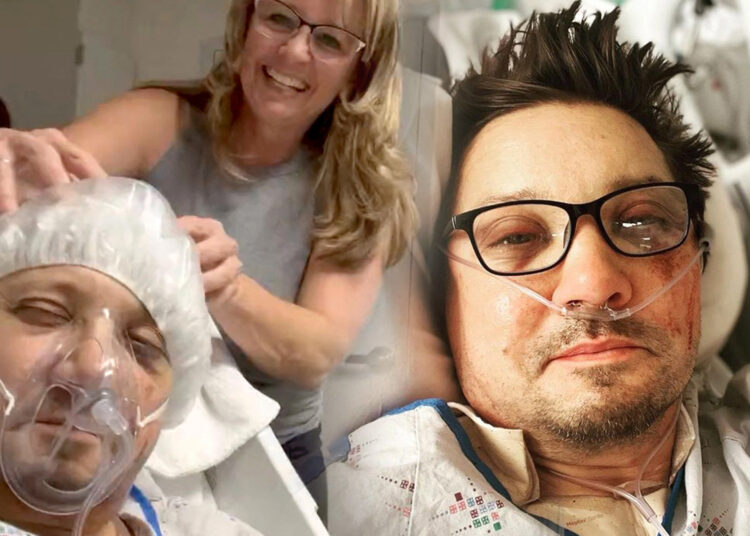 Jeremy Renner has broken almost 30 bones in an accident and he showed his love toward fans by thanking them. We have seen how celebrities go through many ups and downs and that’s the reason why they always try to keep a smile on their face even if the situation gets very critical.

Talking about such things then we cannot forget about some actors or actresses that dealt with many physical difficulties or transformations. Whether it is related to meeting with an accident or changing their body shape for any new project, everything hurts but they try to keep smiles on their faces.

Jeremy Renner has been revealed to be broken almost 30 bones because of an accident that happened in December. But now the situation is good as he is recovering well and thanked fans for their prayers.

He has posted some new images of himself where he was seen holding up his leg while working with a physical therapist. The actor was seen laying in a hospital bed at his home.

Coming to the caption then he has written that it is a morning workout and how things changed or especially resolutions changed related to this new particular year. He posted these pictures on 21 January 2023 on Saturday.

Here is a recent post-Jeremy Renner Shared on Instagram.

He is right now focusing on love and giving much appreciation to fans and everyone who prayed for him. In this caption itself, Jeremy has revealed how 30 + bones were broken and it is now recovering well with the bonding of family and friends.

The actor has got the support of many other celebrities and family members. Among them are some of the actors in the Avengers cast who wished him a speedy recovery. Even after so many difficulties, the actor has always kept a great smile on his face which became a pillar and strength for his family and fans.

The actor has also talked about giving support to his upcoming series while getting released from Hospital. The indication of coming back to the house from the hospital was somewhere related to his series that was released on Paramount plus as the actor has said he will be able to watch it with family.