Selena Gomez was seen with her bestfriend Nicola Peltz while Celebrating her pre-birthday! 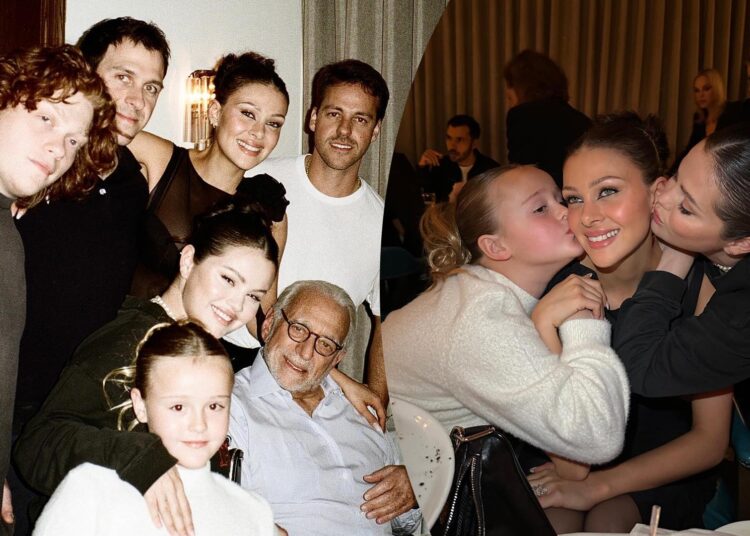 The singer Selena Gomez and her 9-year-old sister Gracie were seen kissing Nicola Peltz as they celebrated her 28th birthday. We have been how celebrities are very close to each other and try to maintain their friendship in every corner.

Whether it is related to celebrating holidays together or celebrating birthdays, they try to enjoy every moment with their celebrity friend. And friendship is great then they also try to involve their family in such happiness.

And it was not just her but also at 9-year-old sister Gracie who was also seen doing the same. This kissing came with the 28th birthday celebration of Nicola Peltz which was there on 9 January 2023. This friendship came with a fanciful event as they both shared some pictures on social media.

Also Read: Brad Pitt Is Loving His Time With Ines De Ramon As They Were Seen Together!

Here you can check out some pictures of Selena Gomez and Gracie from Nicole Peltz’s Birthday.

Coming to her 9-year-old sister then she was wearing a white sweater with a natural skin tone. Coming to the caption then Selena Gomez talked about how it is not her birthday yet but they are celebrating it right now. The picture was posted on 7th January 2023, 2 days before the birthday.

It is not the first time Selena Gomez or Nicola Peltz has shown their love for each other. They were recently spotted together enjoying some time as they have appeared in many videos and photos. This friendship helped the new year together by wearing almost the same dress. This stress was of silver and sparkly color as they decided to spend their vacation together in Mexico.

They have also shown their matching armed tattoos which were seen in many pictures. Nicola Peltz with her husband Brooklyn and her friends Selena Gomez went for a boat ride and they have shared the pictures on Instagram. If Selena Gomez is not making memories with her friend then she is focusing on her dating life.

According to some sources, Selena Gomez is right now looking for a serious relationship. She is right now ready to date anyone who would match her taste. It took almost 4 years her for after a breakup with Justin Bieber as she decided to move on.