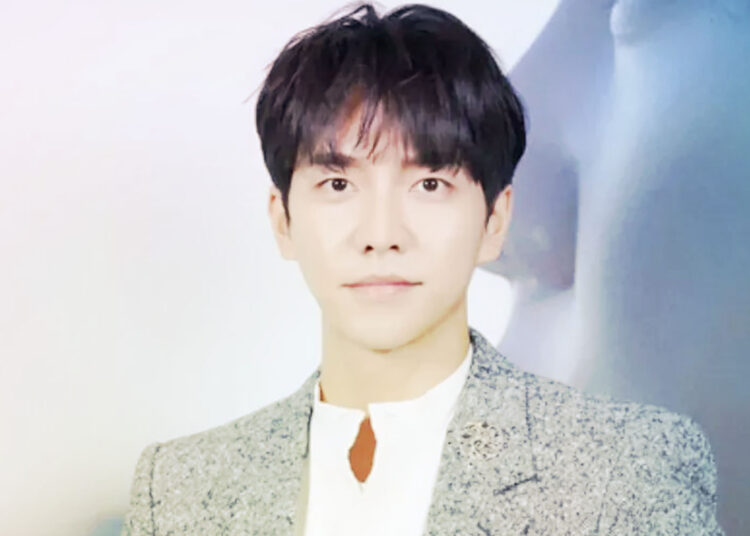 The South Korean actor after a long legal conflict with Hook Entertainment, signs with a new agency. Lee Seung Gi is not only a good actor but also an excellent singer. The singer has various hits in his name like “Because You’re My Woman”, “Will You Marry Me”, “Return” and “The Ordinary Man”.

The actor and Hook Entertainment have been in a legal conflict with each other. After the long ongoing conflict, Lee Seung Gi has finally signed up with a new agency, Human Made, the one-man agency that the actor established in the new year.

On December 29, the agency released a statement to announce the joining of Lee Seung Gi in the new agency.

The statement announced is as follows:

“Hello, this is Human Made.

In order to continue receiving promotions, artist Lee Seung Gi has chosen to work for the one-man company Human Made. We are overjoyed to be able to share the information about his fresh beginnings.

For artist Lee Seung Gi’s new beginning, Human Made will give our full support.

In addition, we’d like to let you know that [Lee Seung Gi] today expressed his deep love for the Seoul National University Children’s Hospital for the well-being of young people.

Human Made and artist Lee Seung offer everyone excellent work in line with the goal of “For Human, By Human.”

The conflict between Lee Seung Gi and Hook Entertainment started when the actor asked for a transparent record of his earnings. He accused the company that the actor has not received a penny for his music.

But the allegations by the actor were denied by Hook Entertainment and they insisted that they have paid the actor everything he owed. Later on, the legal representative came forward and gave a statement that said that the actor has received nothing for his music from the agency.

After the statement was out, the CEO of Hook Entertainment apologized and stated that she will “take full responsibility for the dispute with Seung Gi.”

After the long ongoing argument, the actor was paid all the unpaid amounts which summed up to 5.4 billion KRW (~ $4.1 million USD). The actor later on personally came forward and gave a statement saying he will donate all the amount received from Hook Entertainment except the legal expenses.

The actor, later on, sued Hook Entertainment’s CEO Kwon Jin Young, and the former and present directors for not making the actor aware of his music profits and also deceiving him of his modeling profits.