List of the most important sports drama series that you might watch if you are waiting for 'Boys in Blue' to release. 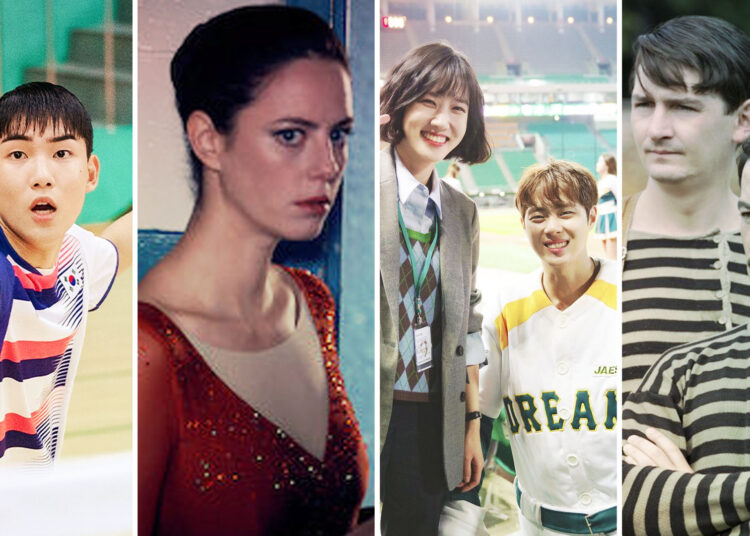 ‘Boys in Blue’ is an upcoming sports series which is a four-part documentary that focuses on the football team of North Community High School as they navigate the tension between law enforcement and the community during the aftermath of George Floyd’s killing by police as the team players are mentored by the Minneapolis Police Department.

The series Boys in Blue is set to release on January 6, 2023, on Showtime.

Following is the list of other sports-themed television series that you can watch if you are intrigued by the plot of ‘Boys in Blue’.

This is a sports tv documentary series. The plot revolves around the cheerleading team of Navarro College in Corsicana, Texas, which is led by Monica Aldama, a hard-driving head cheer coach who makes the competitive athletes of her team try to reach perfection before the annual National Cheerleading Championship in Daytona Beach of Florida.

This team is a nationally ranked cheerleading team and consists of forty members, though five individuals of that team are especially focused upon along with depicting the history of the formation of the National Cheerleaders Association. The series premiered on January 8, 2020, on Netflix.

All American – Number of Seasons: 5

April Blair has created this American sports drama series. The plot revolves around a rising football player Spencer James whom his coach advises be shifted to Beverly Hills, an affluent school.

But what happens when he finds out that the new team he has joined is threatened by his arrival? The series is inspired by the life of Spencer Paysinger, a professional American footballer. Daniel Ezra has starred as Spencer James in the series. It premiered on October 10, 2018, on The CW.

The English Game – Number of Seasons: 1

This is a British historical sports drama miniseries. The plot is set in the 19th century during which time football had been the sport for wealthy people in the United Kingdom.

It focuses on two footballers of opposite classes and their personal and professional struggles as they are about to change the game as well as England forever.

Edward Holcroft and Kevin Guthrie have portrayed the two lead characters in the series. It premiered on March 20, 2020, on Netflix.

The plot revolves around the boys’ badminton team of a ragtag middle school which gets revived by a new coach.

The coach’s son Yoon Hae-kang who was a badminton prodigy and a baseball enthusiast resumes playing again after moving there with his father.

Kim Sang-kyung and Tang Jun-sang have starred as the coach and coach’s son respectively in the series. It ran from May 31 to August 9 of 2021.

Spinning Out – Number of Seasons: 1

This is an American drama series the plot of which revolves around a high-level up-and-coming skater Kat Baker and his struggle to balance love, mental health, and family while dealing with her wavering career.

Kaya Scorelario has starred as Kat Baker in the series that premiered on January 1, 2020, on Netflix.

This is a South Korean coming-of-age sports drama television series. The plot revolves around a weightlifter Kim Bok-joo who, after getting attracted to a fitness doctor, becomes ready even to lose weight. But a talented swimmer and her childhood friend Jung Joon-hyung inspire her to fulfill her dreams.

Lee Sung-Kyung and Nam Joo-hyuk starred as Bok-joo and Joon-hyung respectively in the series that ran from November 16, 2016, to January 11, 2017.

The plot of this South Korean tv series revolves around a baseball team named The Dreams which has gained the reputation of being the worst by ranking last for four consecutive years in the league. The series ran from December 13, 2019, to February 14, 2020.

Skate into Love- Number of Seasons: 1

This is a Chinese tv series adapted from the same named novel by Jiu Xiaoqi. The plot revolves around a short track speed skater and an ice hockey star of their school who find their personal journeys to fulfill their dreams being intertwined with each other. The series premiered on March 19, 2020.

The plot of this biographical sports drama series revolves around the life and growth of legendary soccer player Diego Maradona as his beginning career in Villa Fiorito and success with Barcelona, Napoli, and Argentina are depicted in the series.

Juan Palomino has portrayed Diego Maradona in the series. It premiered on October 29, 2021, on Amazon Prime Video.

The plot of this martial arts comedy series surrounds Johnny Lawrence and Daniel LaRusso after forty years after the events of the last Karate Kid movie.

William Zabka and Ralph Machhio have reprised their roles as lead characters in the series. It premiered on May 2, 2018, as a sequel to The Karate Kid film series.