The Addams Family's "Wednesday Addams" serves as the inspiration for the title character of an American supernatural comedic horror series titled Wednesday. 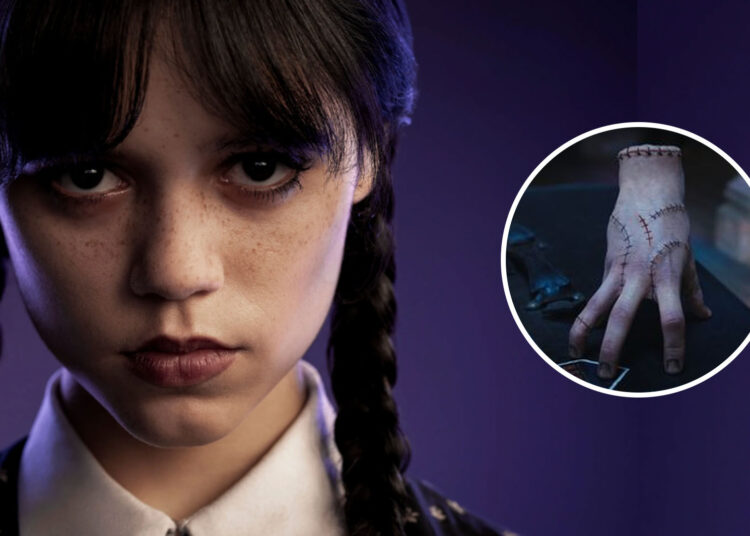 There is no official information on Wednesday Season 2, however, we’re here to let you know how the Hand (The Thing) Scenes were filmed.

The Addams Family’s “Wednesday Addams” serves as the inspiration for the title character of an American supernatural comedic horror series titled Wednesday. The eight episodes were written by Miles Millar and Alfred Gough, and Tim Burton serves as executive producer and director.

Wednesday Season 2 Release Date: When Will It Release?

The first season of the Tim Burton series that was released on Netflix was only recently made available on the 23rd of November 2022, and it was previously announced that there would be a season 2.

Unfortunately, Netflix has not yet provided any confirmation of anything, but we do know that the show’s creators and performers have a strong interest in the possibility.

Alfred Gough also made a suggestion about a potential sequel. In addition, actress Gwendoline Christie hinted at a potential second season by saying she will be back.

Wednesday season 2 has not yet been confirmed; thus, there is no official announcement on who will return to it.

But since we know you’re intrigued, here is a list of every season 1 cast member who might return if the show receives future seasons.

There are further explanations for why the behind-the-scenes pictures from Thing are so incredible. The updated images shared on Twitter show that Victor, a genuine actor who is also a magician, played Thing, contrary to popular belief that he was totally a CGI creation.

Victor and series star Jenna Ortega may be seen filming their sequences together in the tweet.

Victor is dressed in a blue bodysuit for special effects. His hand was the only body part that was visible. The rest of Victor’s body is hidden behind objects and under tables, as he moves ahead on a camera slider while kneeling behind Jenna.

It’s frightening to see Victor in such awkward positions because only part of his hand was doing the acting, but he’s already won accolades from fans for the way he portrayed his character’s emotions and attitude.

Wednesday Season 2 What will It be about?

Wednesday’s first season immersed viewers in Wednesday Addams’ life while she was a student at Nevermore Academy. As she adjusts to her new school, she learns she has psychic skills, works to unravel a terrifying mystery involving her parents, and manages her interactions with vampires, werewolves, and sirens.

At the end of the season, she learns that Tyler, the Sheriff’s son and her crush from the coffee shop, is actually the Hyde monster responsible for the brutal killings at Nevermore. She also discovered that Marilyn Thornhill, the school’s botany professor, is actually Laurel Gates, a person who was thought to have passed some years before.

She served as the Hyde master who oversaw Tyler and seduced him into taking on his monstrous form in an effort to exact revenge on the Outcasts who had killed her family. Laurel and her villainous allies are ultimately destroyed by Wednesday and her rival Bianca.

However, there is still some uncertainty regarding Wednesday. She receives a threatening message with the words “I’m watching you,” and a gif of a knife plunging into her head after her friend Xavier gives her a cell phone. This is probably a setup for season two’s storyline, assuming Netflix decides to renew the show.

Will Wednesday And Xavier Get Together In Wednesday Season 2?

Who Is The Stalker in Wednesday Season 2?

The co-creators Alfred Gough and Miles Millar have hinted at what we might anticipate from Wednesday’s new mystery in the upcoming season.

If a second season is picked up, Millar said in an interview that they already know who the stalker is. The key question the audience will have to consider is whether or not the stalker is working with Laurel and Tyler or acting independently.