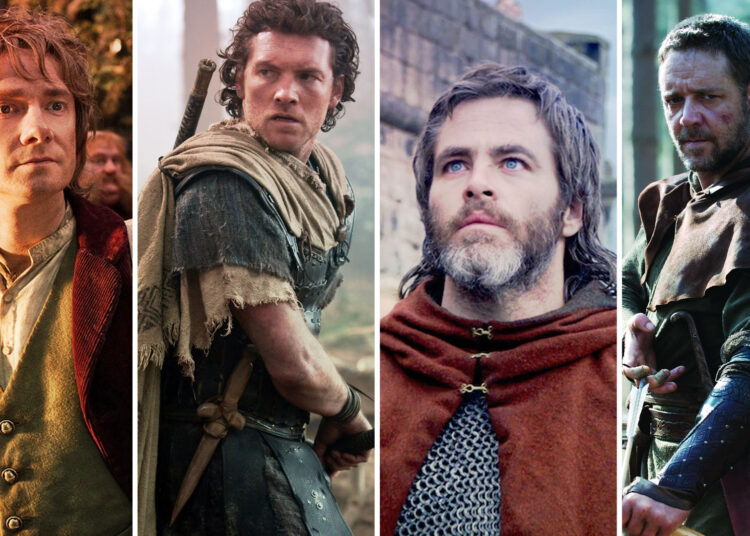 Roar Uthaug directed the Norwegian monster movie ‘Troll’. The plot revolves around the awakening of an ancient troll on a Norwegian mountain. A diverse group of heroes becomes destined to come together in order to stop the deadly havoc from causing much wreck and destruction.

Ine Marie Wilmann, Kim Falck, Mads Sjøgård Pettersen, Gard B. Eidsvold, Pål Richard Lunderby, and Eric Vorenholt are the primary cast members of the movie. The film is set to premiere on Netflix on December 1, 2022.

Following is the list of fantasy films which you will like if you are waiting for the arrival of ‘Troll’.

Guy Ritchie directed this epic fantasy action-adventure movie that is adapted from Harold Dobkin and David Dobkin’s story based on Arthurian legends.

Desmond Davis directed this fantasy adventure movie that is inspired by the Greek myth of Perseus. The plot revolves around Zeus’ mortal son Perseus falling in love with Princess Andromeda. But to win her hand in marriage he has to fight over a series of supernatural hindrances.

Harry Hamlin and Judi Bowker played Perseus and Andromeda in the film. It was released in the United States on June 12, 1981, and in the United Kingdom on July 2.

Ridley Scott directed this action movie that is adapted from the legend of Robin Hood. The plot revolves around Robin Longstride as he unites the people of England with the help of his band of mercenaries against King Philip’s French army.

Russell Crowe, Oscar Isaac, and Cate Blanchett are some of the primary cast members of the movie. It was released in the United Kingdom on May 12, 2010, and in the United States on May 14 of the same year.

This is David Mackenzie’s historical action film that follows the Scottish King Robert the Bruce who in the fourteenth century enacted a guerrilla war against the much larger English army.

The film premiered at Toronto International Film Festival on September 6, 2018, and was later released in the United States on November 9 of that year.

This epic period action movie is about Captain Nathan Algren embracing the Samurai culture even though he trained the Japanese army to crush the rebellion of Samurais.

Tom Cruise portrayed Algren in the film. It was released on December 1, 2003.

Bryan Singer directed this fantasy adventure movie that is adapted from the renowned British fairy tales ‘Jack and the Beanstalk’ and ‘Jack the Giant Killer’.

The plot revolves around a young farmhand named Jack who is determined to save Princess Isabelle from the realm of the giants. Nicholas Hoult played Jack in the film. It was released on March 1, 2013, in the United States.

This movie is the sequel to the 2010 movie ‘Clash of the Titans. The plot of this film too is centered upon the demigod Perseus as he wants to rescue Zeus, his father by defeating his brother, uncle, and also the Titans.

Sam Worthington, Ralph Fiennes, and Rosamund Pike are some of the primary cast members of the movie. It was released on March 30, 2012, in the United States.

This is the first film of Peter Jackson’s The Hobbit trilogy adapted from J. R. R. Tolkien’s 1937 novel ‘The Hobbit.

The movie serves as the prequel to the ‘The Lord of the Rings film trilogy. The plot revolves around a hobbit named Bolbo Baggins’ adventure with a group of dwarves and a wizard. Martin Freeman played Bilbo in the movie.

This is an adventure horror movie that is the sequel to the 1999 movie ‘The Mummy’. The plot centers on a powerful Bracelet of Anubis which is needed to defeat the evil Scorpion king.

It marks the film acting debut of Dwayne Johnson. The movie was released on May 4, 2001.

Rob Cohen directed this fantasy adventure movie. The plot is about a dragon slayer and the last dragon of the earth teaming up to end the rule of a tyrannical and partially immortal king.

These are the movies you must give a try if you like the Troll.