Will Smith appeared for the first time on red carpet with family ever since he slapped Chris Rock! 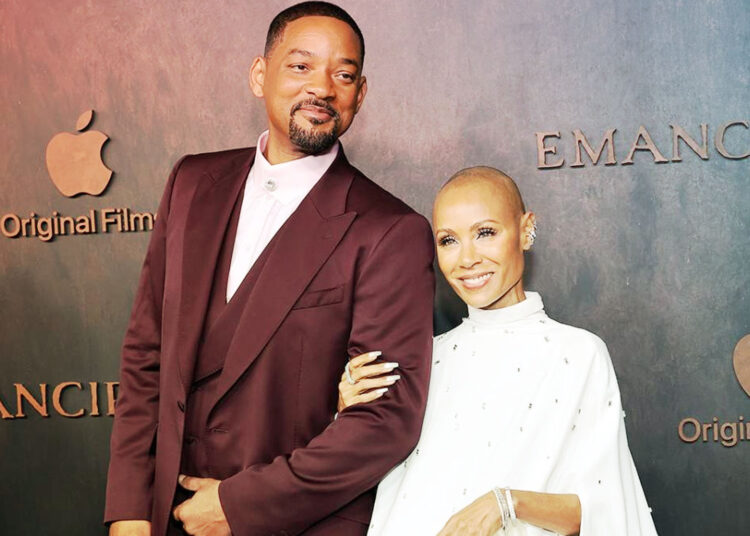 It was recently when Will Smith was joined by his wife Jada Smith and three kids on the red carpet. It happens with many celebrities if any controversy follows them then giving a red-carpet appearance becomes one of the headlines.

Whether it is related to attending an event or coming out very casually related to shopping or just for work, everything follows them if any controversies have happened or go around them.

Something like this has recently happened with Will Smith whose controversies related to the Oscar has gained much attention. And after this, the actor was seen joining his wife Jada Smith, and all three kids on the red carpet.

The actor appeared for the first time he slapped Chris Rock on the stage of Oscars 2022. The 54-year-old actor came out on Wednesday 13 November 2022 for the Los Angeles premiere of a movie called Emancipation.

His wife Jada and three children were also with him while giving a perfect pose on the red carpet.

Also Read: Camila Mendes talks about going out of her Riverdale Comfort Zone.

Here You Can Have A Look At the Will Smith, Jada Smith, and Kids.

Will Smith was looking handsome as ever in his 3 piece that was of maroon color. The light pink button on it was matching through his brown shoes. Coming to his wife Jada then she was also looking beautiful as ever in the white gown that was all over the red carpet. The couple posed in front of the cameras with all smiles and looked lovely.

Jada Smith has always been the biggest support in the life of Will Smith. And the same happened after the Oscar incident. Coming to the Oscar incident then Chris Rock made fun of the hair fall of Jada Smith and that’s the reason why Will Smith came on stage and slapped him tightly. It was not over yet as the actor has warned him not to take the name of his wife from his mouth.

Following this incident, Will Smith immediately felt apologetic and sorry for Chris Rock as well as for himself. At the end of everything, he officially apologized through social media and also through interviews. The actor has also resigned from Academy and got banned from the Oscars for 10 years in form of punishment.

As a result of this, if his movie Emancipation will be nominated for the Academy Awards then he cannot attend the Oscars.

Will Smith has also added a few words while being on the interview: “You just don’t know what’s going on with people. And I was going through something that night. Not that that justifies my behavior at all, but you’re asking what I learned, and it’s that we just got to be nice to each other, man.”