In Porter Magazine Camila talks about bidding her final goodbye to her comfort zone of Riverdale. 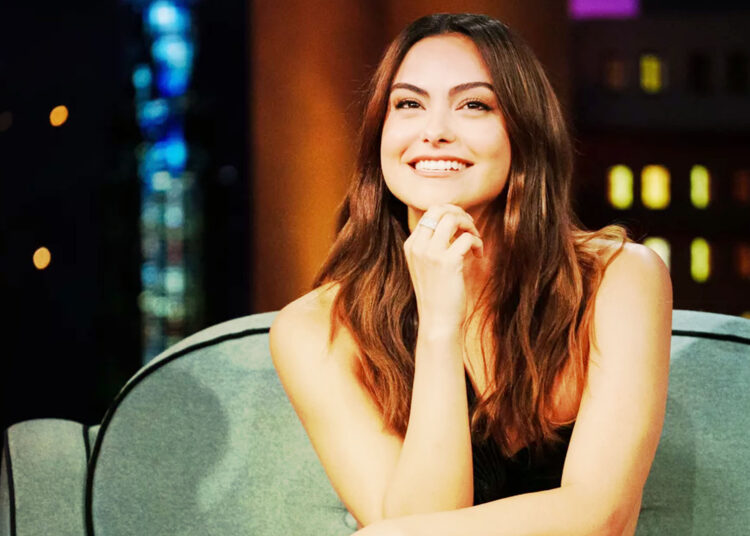 Camila Mendes is an American Actress and Singer who is popularly known for her role as Veronica Lodge in her debut teen drama series on The CW, Riverdale.

For this very role, she has won the Teen Choice Award for Choice Scene Stealer in 2017. She is recently seen as Scheming Drea in a Netflix film, Do Revenge which was released this year on 16th September and received a lot of positive words from the critics.

Camila Mendes was recently seen in her new post, where she was interviewed by Porter magazine where she talks about her acting career and her future endeavors.

In that post, she was seen wearing a denim blue jacket from Chloe and her hair is tied into a bun. She looks stunning. She was styled by Coco Cassibba and Bryant Artist.

Her hair was done by Owen Gould and The Wall Group. Her makeup was done by Jen Tioseco & Thuy Nguyen. Each of these professionals dolled her up into looking stunning as always.

Here Is What Camila Mendes shared about Riverdale Season 7.

In that interview, she talks about her career. She stated, “I understand that this industry is so fickle. Fame is fleeting “. She continues to talk about how people want her to be portrayed in a certain way. People cannot differentiate between her and Veronica Lodge.

She also says, “There’s this fear that if you are not relevant, then you will be forgotten and you won’t get work.” She talks about her fear and facts about the Hollywood industry and her acting career.

She also says, “You can be successful but you are only as good as your last thing .” Her last thing right now is Do Revenge, a Netflix original film. Do revenge is a film about taking revenge against the people by two people who bond together to take that very revenge.

In Porter Magazine she talks about bidding her final goodbye to her comfort zone of Riverdale and also about the final season of revenge and her Social media conundrum.

Camila Mendes has a fan following of 26.7 million people and continues to be one of the famous icons on Instagram.