Justin Bieber was seen with his mother in a rare outing after spending time with his wife Hailey Bieber! 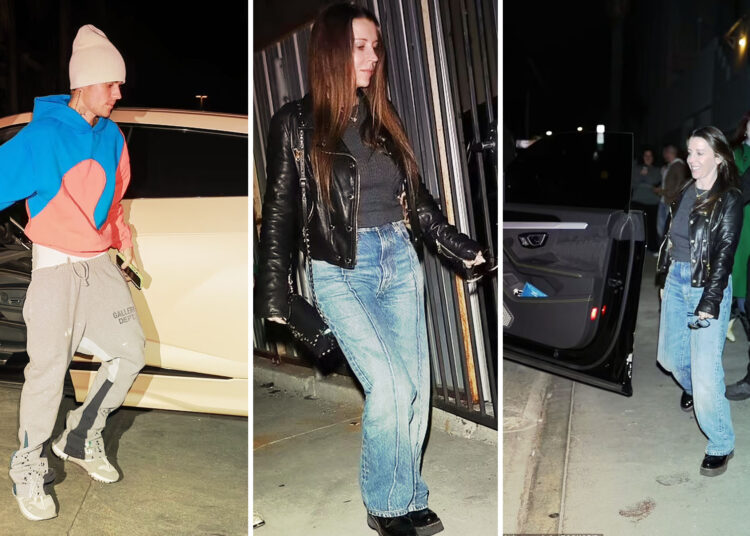 28-year-old Justin Bieber was recently seen with his mother Pattie Mallette in a rare outing. It happens with many celebrities as they try to spend time with family and friends once they get a little time away from they are normal routine.

Whether it is related to the profession or just a routine, if things work out according to the situation then they always try to celebrate it with their family. Talking about such things then a lot of celebrities got spotted with their loved ones.

Among them is Justin Bieber who was recently seen with his mother Pattie Mallette in an outing that was quite rare. The singer and his mom were moving towards the church that was present in Los Angeles California.

Both mother and son duo were enjoying the time while they were photographed outside the church. Coming fashion which was carried Justin Bieber then he was seen wearing a red hoodie as well as grey pants that were matching with his white sneakers.

Also Read: Kanye West Will Not Move Kids From Kim Kardashian But Will Participate In Their Birthdays!

At one point in time, Justin Bieber was seen walking behind his mother Pattie Mallette while they both appeared to be very relaxed in the place. Her hair was matching with her purse as well as her jacket. When it comes to the other company then it is not clear whether anyone else except them has joined the place.

Coming to this rare outing of Justin Bieber with his mother then it came after when he was seen hanging out with his brother Jaxon. His younger brother, 12 years old, belongs to Justin Bieber through his father Jeremi Bieber. Both siblings were wearing puffer jackets while getting coffee.

They both were seen going around the neighborhood of Los Angeles where Justin Bieber was seen putting his hand on his brother at one point in time. Without a doubt, a close bonding between these two was seen through the photographs.

If the 28-year-old singer is not hanging out with his mother or brother then he is making news through his wife Hailey. It was recently when Justin Bieber with his wife Hailey Bieber was seen together. The couple got married in 2018 and show their love almost every week through social media. It was recently when Justin Bieber and Haley Bieber celebrated the birthday of the model in Japan.

The model has uploaded some cute pictures with her husband through Instagram. In one of the pictures, she was seen with her friend Kendall Jenner.

It was recently when husband and wife were seen together enjoying dinner at a restaurant on 29 November 2022. The couple was joined by the best friend of Hailey Bieber, that is Kendall Jenner while they were holding hands.

All three of them were looking stylish as ever by wearing appropriate clothes that includes red jackets. Coming to Justin Bieber and his relationship with Hailey Bieber, this couple is going stronger day by day in this relationship.