The top 10 TV series that will be available on Prime Video in December 2022 are listed below. 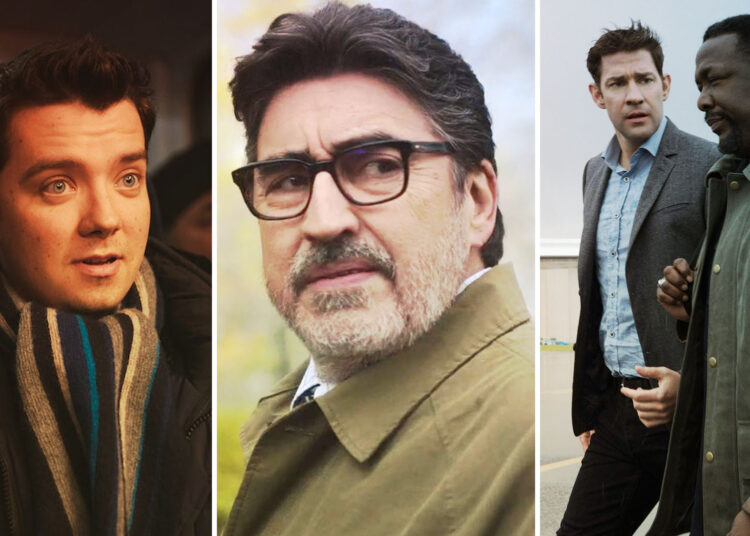 There are many new releases coming to Amazon’s Prime Video service in December, and we have come up with the Top 10 TV Shows.

Amazon Prime definitely competes with Netflix and Hulu when it comes to streaming TV shows, even if those services typically garner more attention. Along with a wide selection of original comedies, dramas, and other TV shows, Amazon Prime also offers popular series from other networks for streaming.

From half-hour comedy to your favorite ’90s spin-off, Amazon Prime provides an astounding collection of TV shows. On the streaming service, there is no shortage of must-watch programming.

On Amazon, there is an inexhaustible supply of high-caliber drama, comedy, thriller, and other genres. The “Top 10 TV Shows Coming To Prime Video In December 2022” are covered below. So, it is recommended that you read this entire article.

The top 10 TV series that will be available on Prime Video in December 2022 are listed below.

Once he arrives there, he meets a young woman named Samantha Zwicker, who is operating a wildlife rescue and rehabilitation center, and his life takes on new significance when he is entrusted with the life of an orphaned baby ocelot.

Wildcat examines mental health issues, such as depression, and the means through which people find and utilize the community.

On December 2, 2022, the show will have its Amazon Prime Video premiere. The program will follow Chief Inspector Armand Gamache as he looks into crimes behind the bucolic surface of the Quebec town of Three Pines, uncovering long-buried truths and battling a couple of his own ghosts.

The fictitious characters from Tom Clancy’s “Ryanverse” were the inspiration for the American political action thriller television series Tom Clancy’s Jack Ryan, which was produced in the United States.

Jack Ryan Season 3 follows the former CIA star analyst-turned-spy on yet another dramatic mission that is full of suspense and exciting activities. With Ryan’s perilous adventures in Venezuela, his tight escapes, and some unanswered concerns, the second season came to a finale.

The works of Dr. Seuss are serving as inspiration for a new cooking competition series that Amazon is currently producing. Bakers will be entrusted with creating amazing confectionary masterpieces inspired by well-known Dr. Seuss characters, including The Cat in the Hat, The Grinch, and more in the unscripted series.

The bakers will be given a task based on Dr. Seuss’s characters and stories in each episode, and their creations will be evaluated on the basis of flavor, originality, and narrative.

The forthcoming romantic comedy film Something from Tiffany’s will be produced in the United States of America and directed by Daryl Wein. Tamara Chestna wrote the screenplay for the film, which is based on the novel of the same name written by Melissa Hill.

On December 9, 2022, the movie, which stars Zoey Deutch, will debut on Amazon Prime Video. The show centers on a woman who discovers her true love after receiving an engagement ring intended for someone else.

The term “ONE” on Prime refers to the ONE Championship events that are shown live in the United States and Canada on Amazon Prime during the prime time hours of those countries.

Adriano Moraes, the current three-time champion, and Demetrious Johnson, the former UFC Flyweight Champion, squared off in the opening event of the series for the ONE Flyweight World Championship.

7. Your Christmas Or Mine?

The British comedy Your Christmas Or Mine will make its Prime Video debut on December 2, 2022. The plot of the movie centers on the young couple James and Hayley, played by Butterfield of Sex Education fame and newcomer Kirk, respectively, who, due to an unfortunate mix-up, find themselves forced to spend Christmas with the families of each other’s partners without their partners.

The film When Hope Calls Christmas is a Christmas-themed drama. A national magazine chooses to profile the town of Brookfield because of the festive spirit of its citizens, who work together to transform their neighborhood into a winter wonderland for the holiday season. As a result, the citizens of Brookfield band together to celebrate Christmas with guests.

Riches is an upcoming British drama television series developed by Abby Ajayi. On December 2, 2022, it will become accessible to customers in the United States via Amazon Prime Video.

The protagonist of the tale will be Stephen Richards. Self-made businessman Stephen Richards, who owns a cosmetics empire, is a fervent supporter of Black-owned companies.

There is a struggle for dominance of his empire when he has a stroke. The lives of his children from his two marriages start to collide, and his family’s secrets come to light.

The DC Comics series of the same name, created by Bob Haney and Bruno Premiani is the inspiration for the American animated television program Teen Titans. The plot of the series revolves around the exploits of a group of young superheroes who battle crime.