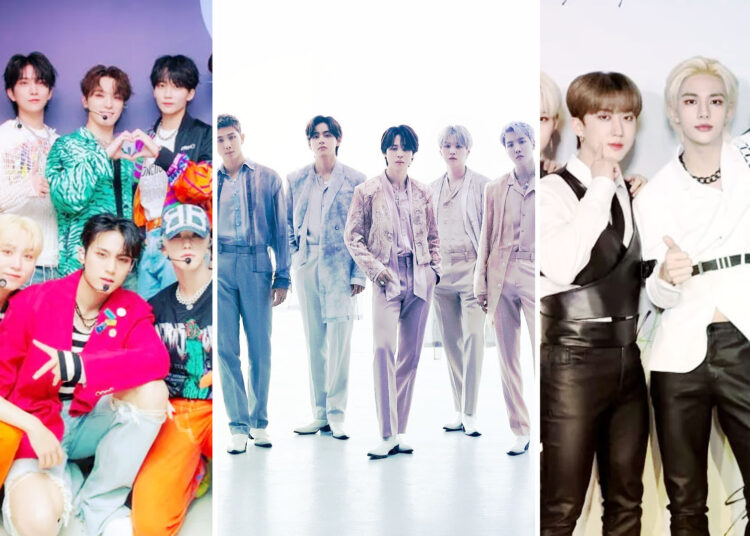 The boy group brand reputation ranking for the month of November 2022 has been announced by the Korean Business Research Institute.

The rankings were arrived at in conclusion by using big data that was gathered from October 12 to November 12 to analyze the consumer engagement, media coverage, interaction, and community indexes of various boy groups.

The most famous South Korean boy group maintains its place at first in the brand reputation ranking of November with a brand reputation index of 7,925,988. This was the 54th consecutive month in which they maintained their first place.

“Jin,” “HYBE,” and “Billboard” were among the phrases that the group ranked highly in its keyword analysis. Their highest-ranking related terms were “advertise,” “surpass,” and “record.” A score of 75.89 percent positive reactions was also found by BTS’s positivity-negativity study.

After experiencing a massive 109.88 percent increase in their score since October, Stray Kids came up to second place on this month’s list. The group’s overall brand reputation index for November came to 2,893,592.

The List of the Top 30 Boy Group Brand Reputation Ranking is as follows:

As of November, BTS has completed 54th consecutive months of being at the top in the brand reputation rankings conducted by the Korean Business Research Institute.

From being in 15th place last month, Stray Kids has achieved huge success in November by coming in second place. While the group SEVENTEEN drops its position from second to third as compared to last month.

Many groups had jumped up in ranking while many had dropped down but they have maintained their place in the list of the top 30.