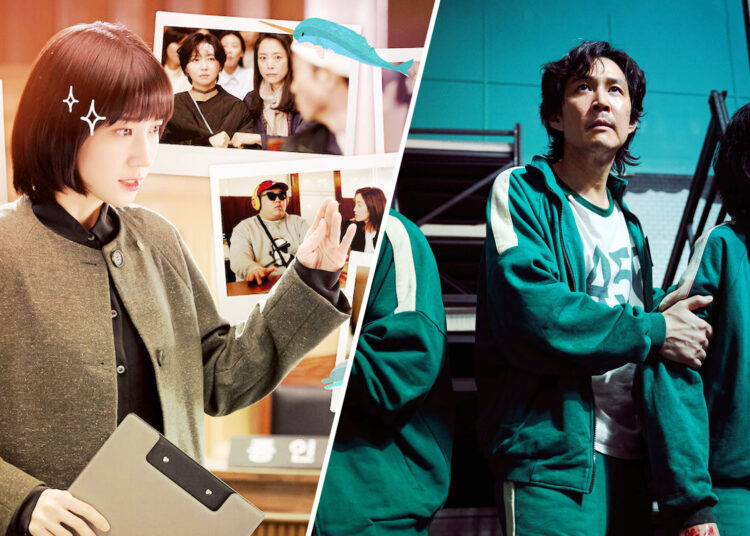 The 2019 Miss Korea Kim Sae Yeon and Jung Hae In served as the MCs for the fourth annual Asia Contents Awards, which were held at the Busan Cinema Center on October 8.

Kim Min Ha of “Pachinko” and Lin Man Lung of “In Geek We Trust” received the ACA Rising Star honors. Kim Min Ha said, “I am proud and moved to stand on this stage through ‘Pachinko,’. I’ll make an effort to tell a compelling story to a broad audience. I’m really appreciative. I’ll exert myself.”

Park Hae Soo for “Squid Game” and Sora Ma for “This Land Is Mine” won the best supporting actors. “Luck has always accompanied me more than ability, and I believe that I am receiving greater recognition than what I have accomplished,” said Park Hae Soo.

“I am appreciative of my BH family for enabling me to shine more brightly than I could have. I appreciate working with the director and the performers in “Squid Game.” These days have been a time for me to worry a lot.

After receiving such a joyous honor, I decided to pursue acting so that I could use Korean content to create Asian content.” He added further.

Thanks to you all, I was able to bring the drama to a happy conclusion. I am especially appreciative of the scriptwriter who exposed me to excellent acting and writing, the director who served as my mentor, and the staff members who supported me from the chilly winter to the hot summer.

Here is the List of all the awards given at The ACA.

The New Come Award goes to Bao Shang Eun for Love Behind the Melody, and Yokohoma Ryusie for The Journalist