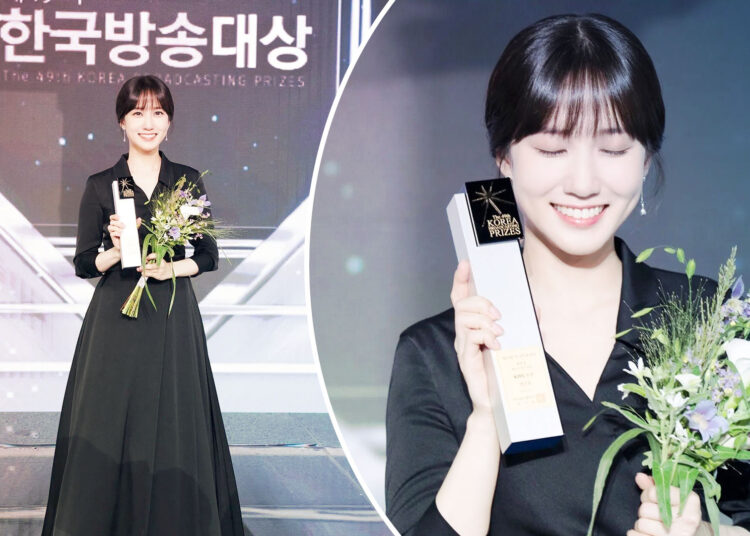 The 49th Korean Broadcasting Awards ceremony which was held on September 5, announced the winners for 26 programs and 18 people. Before working in the drama “Extraordinary Attorney Woo” the actress played a role in “The King’s Affection.”

The drama starred Park Eun-bin, Rowoon, Nam Yoon-su, Choi Byung-chan, Bae Yoon-kyung, and Jung Chae-yeon in it and was broadcasted on KBS2 from October 11 to December 14, 2021. The series is based on Lee So-manhwa young’s Yeonmo, which places the protagonist’s birth in 1461.

Park Eun-bin was honored at the 49th Korea Broadcasting Awards with the grand award of best actress for her performance in the KBS program. The actress said in her speech “I’ve taken time to remember how the period was that I spent last year with ‘The King’s Affection.’

‘The King’s Affection’ was a dream that gave me the chance to live as a king in the Joseon Dynasty and is both a character and project that I will remember and preciously cherish in the future.”

Throughout its broadcast run, “Extraordinary Attorney Woo” generated buzz and became a popular topic for discussion regarding its characters, storyline, and story. Park Eun Bin gave reporters credit for producing quality stories and think pieces about the program when asked what she believed caused its meteoric popularity.

As per the announcement made by the CEO of South Korean media business ASTORY, one of these show’s production companies, the drama ‘Extraordinary Attorney Woo’ will have a second season. In addition, the legal drama will also be made into a webtoon and theatrical play.

Also Read: Love In Contract Review, Why must one watch it?

After the success of her drama “Extraordinary Attorney Woo” the actress, Park Eun Bin is all set to conduct her fan meeting tour in Asia. After finishing her first solo fan meeting ‘Eun Bun Note: Binkan’ in South Korea, the actress is now ready to carry out her first-ever Asia fan meeting tour.

Eun Bin’s agency commented, “Following the passionate love of domestic fans, Park Eun Bin’s first Asia fan meeting tour will be held for overseas fans who have shown a lot of reactions and attention. As it is the first time to meet with overseas fans, we are preparing to create a page of precious memories.

We ask for your affectionate interest and support for the upcoming performances.” The actress’s Asian fan meet-up tour will begin on October 23 in Manila, the Philippines, and continue with appearances in Bangkok, Singapore, and Tokyo in November.

The SM Skydome at SM North Edsa, Quezon City, will host Park’s upcoming concert in Manila. The details of her upcoming performances in Bangkok, Singapore, and Tokyo have not been announced yet. Her fans are eagerly waiting for the announcement to be done.