Squid Game, which debuted on Netflix back in September 2021, didn't take long to become a worldwide sensation. 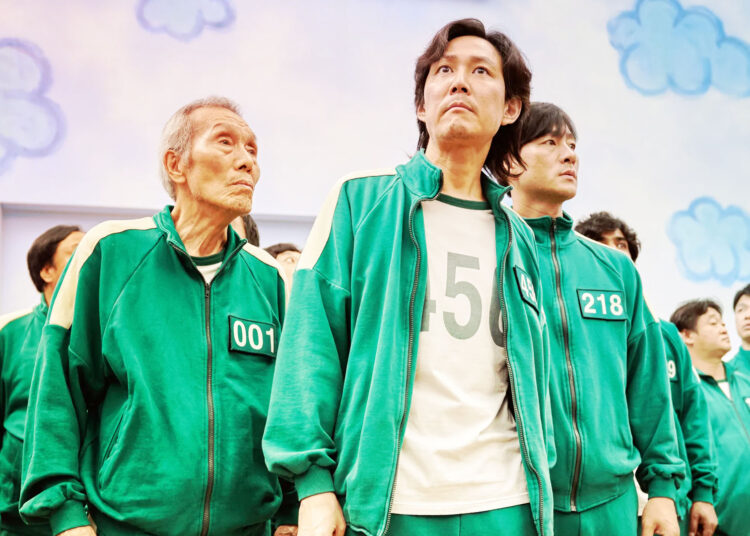 Squid Game, which debuted on Netflix back in September 2021, didn’t take long to become a worldwide sensation. The South Korean thriller captivated viewers with its original premise, and critics from all around the world praised the performances.

Despite the fact that the television series has a rating of TV-MA and is not in any way appropriate for family night, it continues to be quite successful. After binge-watching the nine episodes, fans naturally started clamoring for a second season, and happily, Squid Game has been renewed for a second season.

The Netflix survival drama series “Squid Game” was created, written, and directed by Hwang Dong-hyuk and centered on Seong Gi-hun, who is deeply in debt as a result of his gambling addiction. He participates in a real-world game for the chance to win 45.6 billion (US$40 million) in order to support his mother and daughter.

Gi-hun, captivated by the possibility of earning such a staggering sum of money, decides to become one of the 456 individuals who take part in the Game. He soon learns that failure will result in death, yet he keeps his sights on the prize and keeps playing.

Here is what we know about the development of Squid Game season 2 and when we anticipate its Netflix debut.

Hwang Dong-hyuk, the creator of Squid Game, started discussing a potential second season and his ideas for the series’s future in October 2021. Squid Game was not formally renewed for a second season by Netflix until June 2022, despite the fact that we all knew it would.

The release date for Squid Game season 2 was recently clarified by Hwang, who stated that he intends to finish scripting the next part by the end of this year or in early 2023.

Fans may find this disappointing, but it shouldn’t come as a surprise. And then, in May of this year, Hwang made a prediction that the release of the following season would take place in the latter half of 2023 or the early months of 2024.

What Is Squid Game All About?

The narrative of Squid Game centers on a character named Seong Gi-hun. Seong Gi-hun, a divorced father and debtor who resides with his ailing mother, is invited to participate in a series of children’s activities for the chance to win a sizable cash award. When he accepts the deal, he is driven to an unidentified location with 455 other players who are all in difficult financial situations.

The participants soon learn that losing the game results in their death, with each death raising the possibility of the grand prize to a whopping 45.6 billion dollars by 100 million. Gi-hun forms alliances with other participants, such as his boyhood buddy Cho Sang-woo and North Korean defector Kang Sae-byeok, in an effort to withstand the psychological and physical challenges of the games.

For the second season of Squid Game, only three cast members have been officially announced.

1. Lee Jung Jae, who most recently won an Emmy for his work in Squid Game’s first season, will reprise his Seong Gi Hoon role. He was the first actor from a foreign-language program to win the best actor in a drama Emmy, making his victory historic.

2. Lee Byung Hun will make a comeback to play Hwang In-ho, also known as the Front Man. He most recently appeared in the Netflix Original series Our Blues, which was licensed.

3. Gong Yoo has also been rumored to return as The Salesman, but the extent of his involvement has not yet been formally confirmed. Gong Yoo is a fantastic actor in his own right; therefore, we’d love to see him in more Squid Game parts.

There are hints as to what the second season of Squid Game may contain, but we do not yet know for certain what it will cover. As everyone is aware, Squid Game closes on a gloomy note, with Seong Gi-hun returning to the game after turning away to board a plane to see his daughter. Gi-efforts hun’s to publicly expose the savagery of the Squid Game may also kick off Season 2 of the series.

Gi-hun will likely face a battle with The Front Man because he is unwavering in his resolve to learn the truth about the Game. Their disagreements and conflicts could influence the suspense and commentary of the upcoming season 2.