Go Woo-ri shares some pictures from her bridal shower on Instagram.

by Roochi
Reading Time: 2 mins read
A A
1 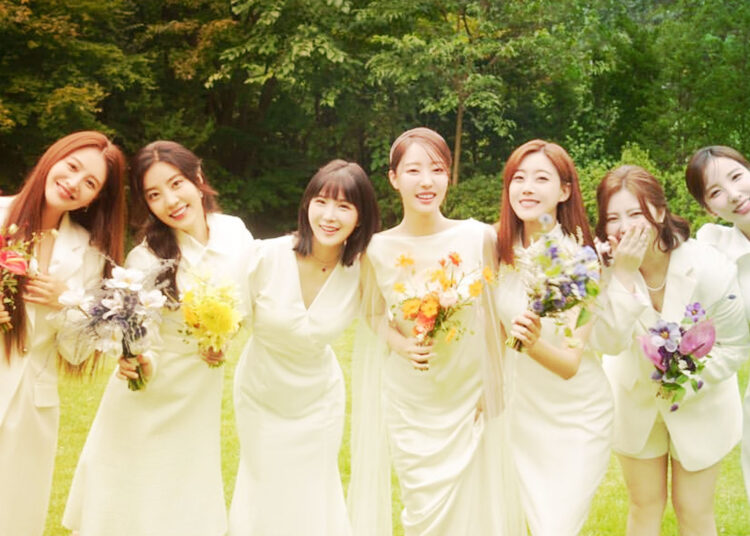 Go Woo-ri, also known as Go Na-eun or by the stage name Woori, is a South Korean singer, rapper, and actor. She belonged to the South Korean female group Rainbow and Rainbow Blaxx, one of its sub-groups.

The agency officially acknowledged Go Woori’s connection with a businessman who is more than 5 years older than her on June 15, 2022. Later, on August 4, Go’s agency announced that she will wed her non-celebrity fiancé on October 3 in a private wedding.

Rainbow’s seven members came together for Go Woori’s wedding photo shoot on October 2, demonstrating that their friendship is still as strong as ever. The singer, Go Woo-ri shared some of the pictures from the photoshoot on her Instagram account.

The bride and her gang look as adorable as ever. The bond that they have together is clearly visible through the pictures. With every member carrying a bouquet of flowers in their hand and smiling towards the camera gives a totally happy friends vibe. The way they support each other and stand together on happy days is worth noticing.

In another photo uploaded by Go Woo-ri, we can see the group surrounding the bride sitting on a chair, all with the goggles on to give a totally cool vibe. Everyone dressed up in full white attire with black goggles on gives a chic look.

In the caption, Go Woori wrote, “I love you,” along with seven different colored heart emojis and even tagged each of her bandmates. In the comment section, the members of the group were showing their love for the singer. Some of them wrote, “Congratulations, I love you,” “You’re so pretty. I’m going crazy”, “oh my, we are so cute”, “Let’s be happy, I love you.” and so on.

Her fans are eagerly waiting to see their loving actress in a bridal dress. They can imagine how beautiful she is going to look on her special day. We wish her all the best for the beginning of her new life. Of course, as said by her agency she is going to continue working as an artist.