The K-Drama is still being filmed because additional cast members have just lately joined, according to a Netflix announcement. 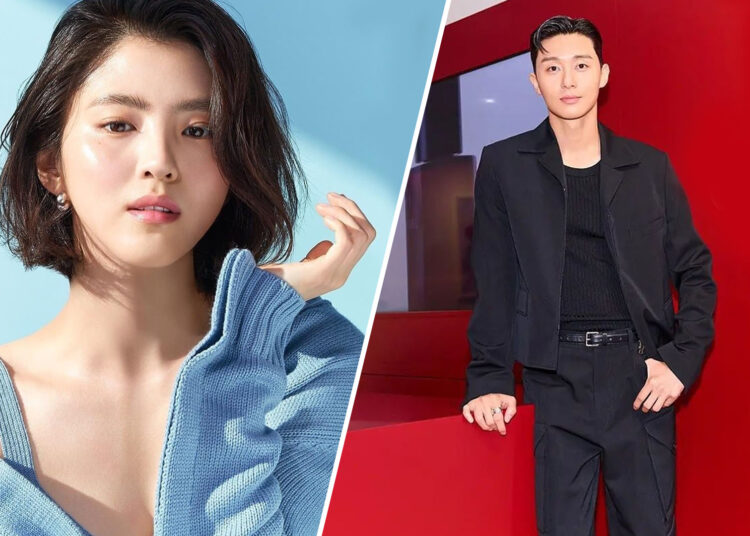 Kang Eun Kyung, a South Korean screenwriter, and Jung Dong Yoon, a South Korean director, are the creative minds behind the new historical thriller series Gyeongseong Creature, which is an original production from Netflix South Korea.

The fascinating brand-new historical Korean drama series Gyeongseong Creature is currently in development at Netflix. Gyeongsang Creature, starring Han So Hee from My Name and Park Seo Joon from Itaewon Class, will be available on Netflix sometime in 2023.

Netflix users are likely already familiar with Kang Eun Kyung’s work on k-dramas, including Ghost, Forecasting Love and Weather, and Dr. Romantic. When it comes to Jung Dong Yoon, is most known for directing the popular series It’s Okay to Not Be Okay, which is available on Netflix. Story & Pictures Media is producing the k-drama, with Studio Dragon and Kakao ENTERTAINMENT serving as co-producers.

In the spring of 1945, in the city of Gyeongsong, during the time that Japan ruled over Korea, two young people came face to face with a bizarre creature formed of greed and fought against it in order to survive.

Read on to learn more about the release date, cast, storyline, and any other relevant updates for the historical thriller series “Gyeongseong Creature.”

Gyeongseong Creature has not yet received an official release date from Netflix as of this writing. Additionally, we don’t anticipate a release date to be announced for a while; nonetheless, we anticipate the K-Drama to appear on Netflix sometime in 2023.

Plotline Details of the Series

The series’ plot has not yet been made public. A brief overview of Gyeongseong Creature, however, has been taken from Netflix. The thriller series involves people facing off against terrifying creatures that originated from human greed.

The series, which takes place in Gyeongseong in the spring of 1945, is eagerly awaited because of the enormous number of talents involved.

Main Cast Members Of The Series

Here are some of the prominent cast members who will be playing the lead parts in the upcoming historical thriller series:

It was decided that Park Seo Joon would play the lead role of Jang Tae Sang. Netflix users may be aware of him from his role as Park Sae Roy in the well-known jTBC k-drama Itaewon Class. His final appearance in a Korean drama was as a guest in Record of Youth.

2. Han So Hee will play the role of Yun Chae Ok

Yun Chae Ok is played by the incredibly well-known actress Han So Hee. Han So Hee has appeared in both licensed and original material for some of Netflix’s most well-known Korean dramas since making her k-drama debut in 2017.

She has acted in the Netflix original films Abyss, Nevertheless, and My Name. Han So Hee has acted in licensed content such as 100 Days My Prince and The World of the Married, however, the latter isn’t accessible via Netflix in the United States.

Wi Ha Joon, who starred in Squid Game, has been cast in Kwon Joon Taek’s supporting role. He is a well-known name to Netflix users because she starred in several Netflix Originals, including Little Women, Romance Is a Bonus Book, Squid Game, and Something in the Rain.

4. Kim Su Hyun/Claudia Kim will play the role of Maeda

Maeda’s part has been cast with Kim Su Hyun, also known as Claudia Kim abroad. Because of her roles in Fantastic Beasts: The Crimes of Grindelwald and Avengers: Age of Ultron, the actress is well-known to fans of the MCU and Harry Potter. In the Netflix Original series Marco Polo, she has also appeared.

Although Kim Hae Sook has been given an undisclosed part, Netflix users are already quite familiar with the actress from her roles in Netflix Originals, including Tomorrow, Inspector Koo, Hospital Playlist, and Start-Up.

Jo Han Chul has been chosen to play a part that has not yet been revealed. Chul has appeared in a number of Netflix productions as a supporting or guest actor, including The Sound of Magic, Vincenzo, Kingdom, Romance is a Bonus Book, Hometown Cha-Cha-Cha, and Hello, Me!

The k-drama is still being filmed because additional cast members have just lately joined, according to a Netflix announcement.

On August 3, 2022, it was revealed that Gyeongseong Creature actor Han So-hee had a minor facial injury while filming an action scene. The news that Han has fully healed from the accident and would be able to resume filming the following week was confirmed by Han’s agency on August 11.