Alan Rickman's journal entries, which cover 25 years of his life, will be released as a book next month, titled Madly, Deeply: The Diaries of Alan Rickman.

by Sujit Maity
Reading Time: 3 mins read
A A
2 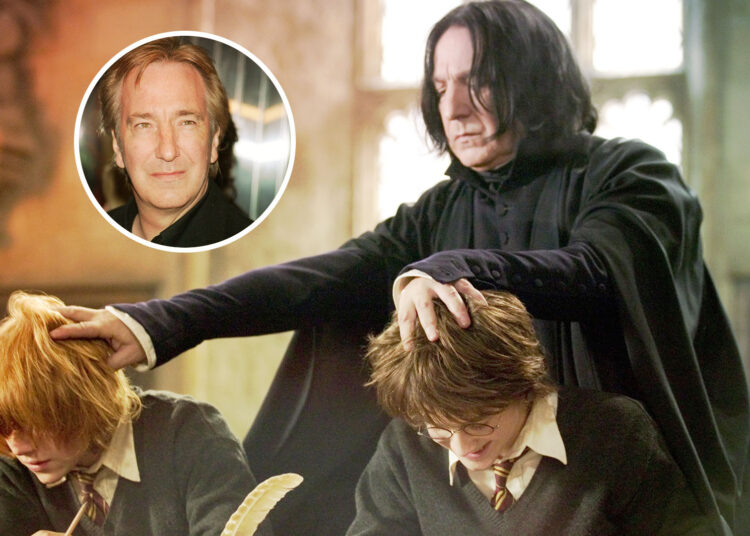 Excerpts from Alan Rickman’s diaries highlight the late actor’s role as Severus Snape in the Harry Potter film series and why he chose to continue portraying the character despite his wish to resign.

Rickman outlined his desire to quit the series in 2002, one month after the release of the second film, Harry Potter and the Chamber of Secrets, in journal notes released online by The Guardian on Saturday.

“Talking to Paul Lyon-Maris regarding HP leave, which he believes will happen,” Rickman wrote in a Dec. 4, 2002, post. “But now we’re back in the project-collision zone. No more HP repetitions. They’re not interested in hearing it.”

Here is What Alan Rickman wrote in his Dairy.

However, the actor opted to continue with the series despite being diagnosed with an aggressive type of prostate cancer in 2005, just before the start of production for Harry Potter and the Order of the Phoenix, the franchise’s fifth installment.

Rickman published a diary post outlining his choice to continue playing Snape in the famous fantasy epic after doctors decided to remove his whole prostate via surgery in a Tennessee hospital.

“Finally, I say yes to HP 5. The experience is neither positive nor negative. The argument that says, ‘See it through,’ is the one that triumphs. ‘This is your narrative,’ “He scribbled something.

Rickman died in January 2016 at the age of 69 from pancreatic cancer. Madly, Deeply: The Diaries of Alan Rickman, a book based on his journal entries spanning 25 years, will be released next month.

Rickman also wrote about his first encounter with series creator J.K. Rowling and how the author filled him in on the backstory of Snape’s character in other Potter-related articles.

“She uncomfortably shares a few details about Snape’s past with me. Talking to her is like talking to someone who lives these things rather than inventing them, “Rickman wrote in 2000.

In a 2007 article about Snape’s death in Harry Potter and the Deathly Hallows, Rickman said he had always known about the love affair between his character and Harry’s mother, Lily Evans Potter.

“… I completed the final Harry Potter book,” he added. “When Snape dies courageously, Potter portrays him to his children as one of the bravest men he has ever known, and he names his son Albus Severus.”

“This was a true rite of passage,” Rickman said. “Seven years ago, one tiny piece of knowledge from Jo Rowling – Snape adored Lily – gave me a cliff edge to grab onto.”

“It’s all a little hard to believe. Even Daniel, I believe, was taken aback by the finality “He wrote something. “There appeared to be cameras everywhere.”

“‘How does it feel?’ I’m asked. Before you’ve felt it before you’ve given it a name. ‘It’s private,’ I said, pointing to his lens, ‘and I’m not sharing it with that.’ “Rickman went on. “Something is in those cans, and it has been completed. Thank you, Jo.”

Madly, Deeply: Alan Rickman’s Diaries will be released on Oct. 4