Shakira and Ex-Gerard Pique Spotted Together After Separation

Shakira was seen for the first time running into ex after seperation to support son in his game! 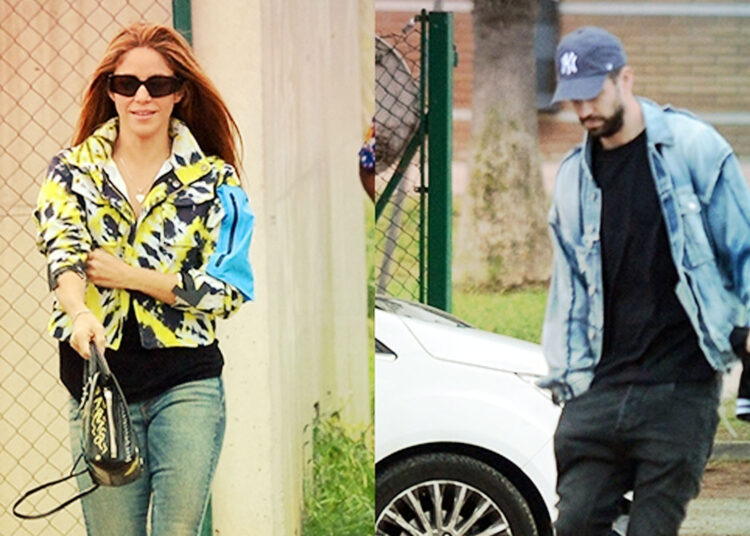 Shakira Was Seen For The First Time Running Into Gerard Pique After Separation!

It’s very hard for celebrities to deal with the things that have at one point given them a lot of pain. Whether it is related to the relationship they have or the work that has become difficult at a certain point.

Talking about personal life and relationship then there are a lot of celebrities who got separated from each other but still, they are meeting because of their children. Among them is the singer Shakira who was recently seen with Gerard Pique because of the basketball game with their son.

It was on 24th September 2022 when Shakira was on the seen almost together with her ex-boyfriend after announcing separation in June 2022. They both were looking uncomfortable when they made it for the first time after their separation because of their 9-year-old son named Milan.

Also Read: Shakira Reflected Her Separation With Gerard Pique In Her Latest Song!

Here you can check out some pictures of Shakira and Gerard Pique from her son’s match.

The son had a game in Barcelona this week and that is the reason why his parents decided to support him without giving much attention to the circumstances they are going through.

Shakira was not alone but got the company of her mother and some of her friends. While on the other hand the footballer was also seen with his mother.

Also Read: Camila Cabello Is Gearing Up for a Dream Collaboration!

Coming to the photographs then Shakira was looking very beautiful and happy as she was focused on the game and cheered for her son. She was also seen at some point quite a little less excited. Coming to the look then she was wearing skinny jeans with a yellow and grey jacket.

Coming to the bond between them then it is unclear whether they are back in a certain position or not. They are supporting their kids but at the same time, they have yet not comfortable with each other.

The look of Gerard Pique was also great as he was seen in a denim jacket and black pants with white sneakers. He was also wearing a black t-shirt and black baseball cap while supporting his son.

This awkward interaction or encounter came just a few days after when Shakira opened up about themself for the first time related to her separation. She called it very hard and specially addressed the starting months. She even said that she was not just processing one problem but multiple of them and that is the reason why it became very difficult for her.