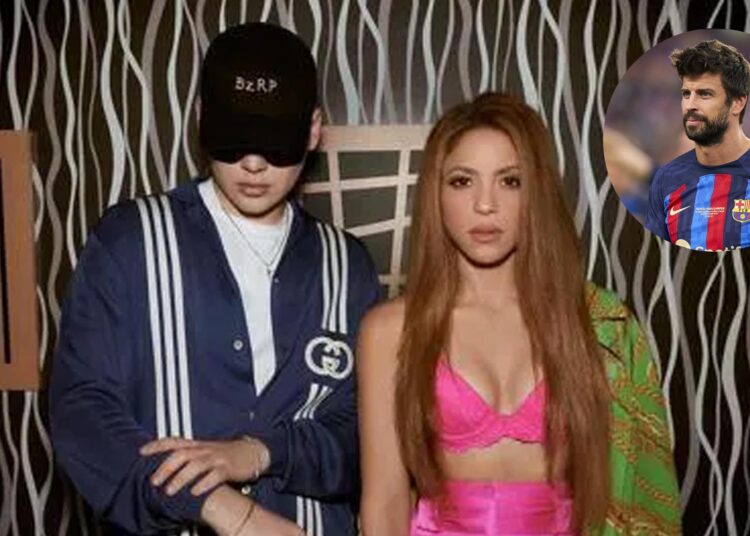 Shakira has recently slammed her ex-boyfriend Gerard Pique and said he thought he has hurt her. Breaking of relationship is something that needs a great cause to go through it.

It just not depends upon one circumstance or one thing but multiple things come together and lead to such cases. Sometimes the separated couple decided to remain friends while other times they generally avoid each other appearance and don’t want to contact again.

But if they share children then they need to contact however, one cannot ignore their hate for the other.

The same has happened with the singer Shakira as she recently slammed her ex-boyfriend Gerard Pique. Surely, nothing inspires her more than a broken heart recently and that’s the reason why she has released a new track called BZRP Music Sessions #53.

This track was released on 11 January 2023 in collaboration with DJ Bizarrap. With this song, Shakira has shaded on Gerard Pique where she talked about him leaving her in-laws. The lyrics went like this in Spanish:

“You left me the in-laws as my neighbors, media outlets at my door, and in debt with the Treasury,”. It continued and shaded: “You thought you hurt me, but you made me stronger/ Women don’t cry anymore, they cash in”

With these words it is sure that Shakira is hinting at her broken relationship and the cheating scandal of the football player. She also continued while hinting toward her 2009 single called She Wolf and said: “A wolf like me doesn’t have time for no vices like you/ I was too much for you, that’s why you’re now with someone more like yourself”

It is not the first time Shakira is hinting at her ex-boyfriend in a music video. She has already released one more song that was a hint at her broken relationship.

Coming to the relationship, the couple was dating each other for a long time till the time of the cheating thing came in life. Gerard Pique was cheating on Shakira for a quite long time which was beyond imagination for the singer.

It was recently when the video of a football player with his girlfriend Clara came who was cleverly seen answering the knocking door as well as helping him in adjusting the camera. This video came almost after many months after their relationship ended and the cheating thing came in the front.

Right now, Gerard Pique and Shakira are not on good terms however, they have to be in contact because of the children. But at the same time, they try to avoid each other presence and interact almost with no words.